Explore density for kids with this beautiful rainbow density experiment which is the perfect spring science project. Use this density science experiment with kindergarten, first grade, 2nd grade, 3rd grade, and 4th graders. Plus, because this is such an easy rainbow science idea – it is simple to add to even busy days in March, April, and May! 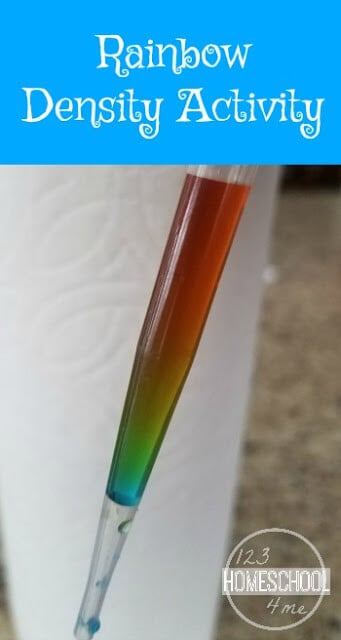 Density is the relation of the mass of a substance to it’s volume. Have you ever picked up a rock and a piece of cork of the same size. The might have the same volume, or take up the same amount of space, but the rock definitely weighs more (has greater mass). This means the rock has a higher density. It’s molecules are packed together in an arrangement that fits more mass into the same amount of space as the piece of cork.

Just as solid materials have different densities, so do liquids. The density of liquids depends on the mass of the molecules that make up a liquid and how closely those molecules pack together. You can easily see the difference in the density of 2 liquids, oil and water, by adding equal parts of oil and water into a glass. Watch the liquids separate. The oil is more dense than the water and will sink to the bottom of the glass leaving an obvious separation of the two liquids.

We can change the density of a liquid by dissolving another substance in it. This adds mass to the liquid with only a minor affect on the volume. We can demonstrate this with a simple, fun density activity. 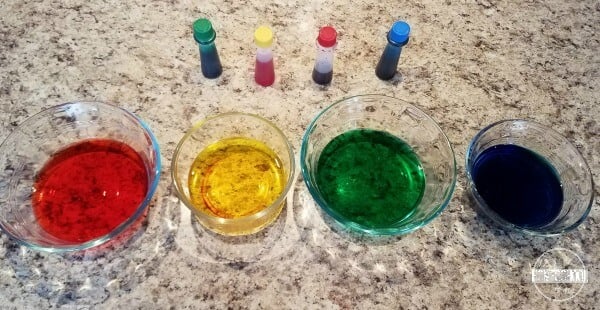 Line up the glass containers and label them 1 through 4. Add sugar to the containers as follows:

After you have added the sugar, add water to container #4 one tablespoon at a time and stir until all the sugar is dissolved. Make a note of the amount of water used and then add the same amount of water to the remaining 3 containers so that all volumes are relatively the same.

Next, add 3 drops of food coloring to the containers, so that you have one container of all four colors. 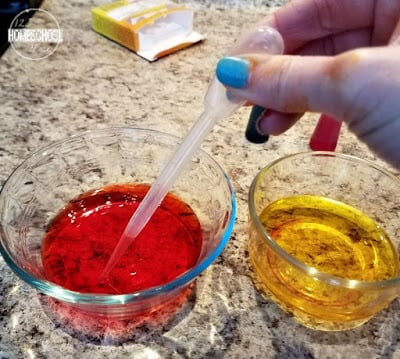 Now, for the fun part! Grab the pipette and squeeze the bulb. Place the tip into the liquid of container #1, which has the lowest density. Let go a little on the bulb of the pipette so that just a small amount of liquid enters the pipette. Be careful to hold this pressure on the bulb and remove it from container 1. You don’t want to squeeze any liquid out or suck any air into the pipette. 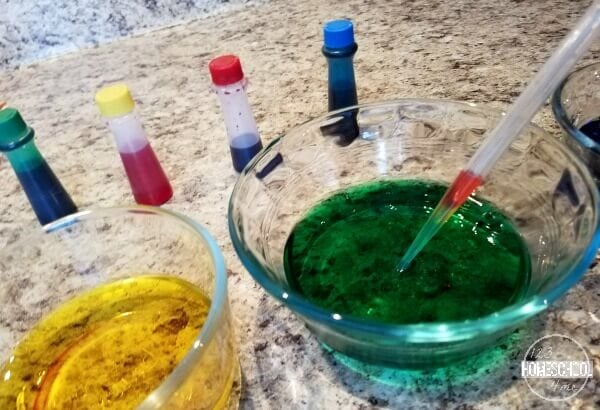 Put the tip of the pipette into container #2 and release a little more pressure on the bulb allowing just a bit of the next liquid to enter the pipette. You should see a layer of each color in the pipette. Do this slowly as possible so the colors do not mix. Repeat with containers 3 and 4 in that order.

You should end up with a rainbow in your pipette! Because of the added sugar, the liquids are now at different densities with container #1 having the lowest density (pure water) and container #4 having the highest density (the largest amount of dissolved sugar). By coloring the liquids, you can actually see the differences in density as the colors remain separate with just a little blending. (This just adds to the cool rainbow effect!)

Don’t worry if you mix the liquids up too much in the pipette. It takes a steady hand, but you can get it with a little practice. 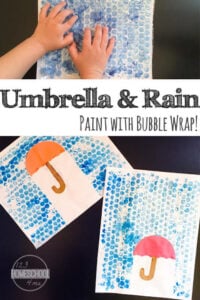 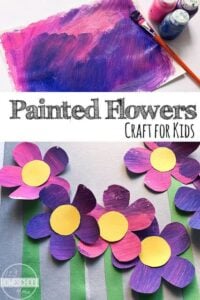 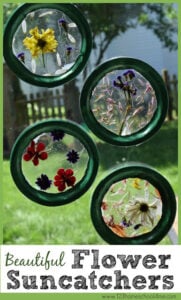 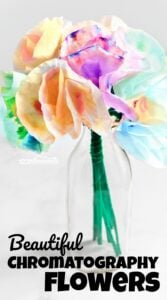 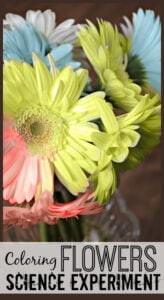 Check out these outrageously FUN spring science experiments for kids: 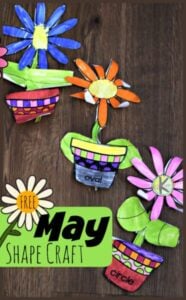 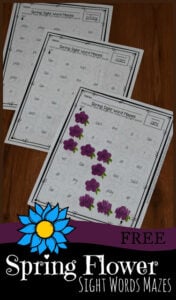 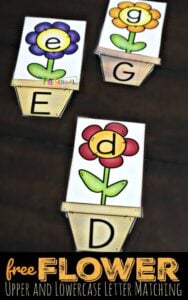 Looking for some fun, educational spring theme ideas to make learning fun this April and May? Check out these fun resources: 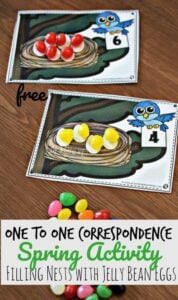 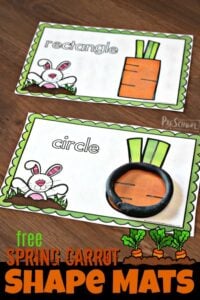 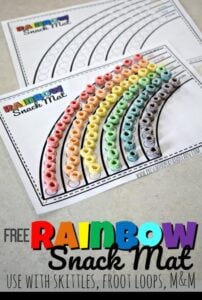