Looking for some fun to read and engaging read aloud chapter books for 2nd grade? These grade 2 reading books are great for engaging second graders with some engaging plots, rich vocabulary, and more! What should my 2nd grader be reading? Second graders are able to read a lot! They can typically pick up about any picture book or short chapter book and read it. The important thing is to keep them reading! Have them read to younger siblings, read to you at bedtime, a chapter from their favorite Chapter Book Series, and on their own every day. As they learn more sight words, are quicker at sounding words out, and develop a richer vocabulary they will move on to more difficult books.

Start by scrolling to the bottom of the post, under the terms of use, and click on the text link that says >> _____ <<. The pdf file will open in a new window for you to save the freebie and print the template pages

Second graders still benefit immensely from someone reading out loud to them. Not only are they able to get into more in-depth stories and vocabulary, but it helps keep their love of reading growing. Here are some wonderful books 2nd grade students are sure to love! (don’t miss the free printable pdf file at the bottom of the post so you can take this list to the library!)

The Emperor’s New Clothes by Hans Christian Anderson  is a popular retelling of the classic tale following the vain Emperor as he parades through town showing off his new “clothes”, while he is actually naked.

Dick Whittington and His Cat by Marcia Brown is a retelling of the legend of Richard Whittington who trades his cat for gold and jewels and became a prosperous mayor of London.

Mike Mulligan and His Steam Shovel by Virginia Lee Burton follows Mike and his trusty steam shovel Mary Anne as they attempt to compete with new, advanced machines and prove their worth.

The Ugly Duckling by Hans Christian Andersen is a retelling of the classic story of an awkward bird who struggles to find it’s place in the world, and eventually finds happiness.

The Ralph Mouse Collection by Beverly Cleary includes the entire series of stories about the little mouse named Ralph S. Mouse and his adventures on his toy motorcycle.

Ribsy by Beverly Cleary follows Henry Huggins’ adorable dog Ribsy as he finds himself lost. Will he be able to find his way back to Henry?

The Bears on Hemlock Mountain by Alice Dalgliesh  introduces readers to a young boy named Jonathan who lives by Hemlock Mountain. He is told over and over that there are no bears on the mountain, but on a cold winter night, he will find out for himself.

The Lion, the Witch, and the Wardrobe by C. S. Lewis is the second book in the hugely popular Chronicles of Narnia series. It follows four siblings Peter, Susan, Edmund and Lucy as they enter the world of Narnia through a wardrobe.

Time of Wonder by Robert McCloskey  tells the story of family vacation in Maine. The young girl in the story shares her daily adventures and the magical sights that she sees.

Doctor De Soto by William Steig  follows the small mouse dentist and his assistant as they try to help a fox in pain, while still protecting themselves from him.

The Velveteen Rabbit by Margery Williams  is a beloved tale of a toy rabbit that becomes a young boy’s favorite toy, and eventually is saved by the power of the boy’s love.

Now We Are Six (Winnie-the-Pooh)  by A. A. Milne  is a collection of lyrical poems for young kids, and adorable illustrations that encourage kids to dream and imagine.

The Indian in the Cupboard by Lynne Reid Banks follows the adventures of a young boy named Omri, after he places a small plastic Indian toy into a cupboard and accidentally brings him to life.

Tales of Desperaux by Kate DiCamillo  introduces kids to a small mouse named Despereaux Tilling, a rat named Roscuro, and a servant girl named Miggery Sow, as they start on a grand journey.

Mystery of the Roman Ransom by Henry Winterfeld follows a group of seven boys in Ancient Rome as they solve crimes together. These stories combine history and fiction to create fun mysteries.

The Hundred Dresses by Eleanor Estes  tells the story of Wanda Petronski, a young Polish girl who is bullied in school for wearing the same dress every day, and what happens to her classmates after her she is pulled from school.

Stuart Little by E.B. White introduces the reader to Stuart, a little mouse who lives with a family of humans in New York City. When his friend Margalo the bird goes missing, he decides to venture out and track her down.

The Chocolate Touch by Patrick Skene Catling is a spin on the tale of King Midas. The story follows John Midas, a young boy who is given a rare gift, where everything that touches his lips is turned into chocolate.

The Miraculous Adventures of Edward Tulane by Kate DiCamillo is a story about a china rabbit named Edward Tulane and his owner, a young girl named Abilene, and what happens when he gets lost.

Lemony Snicket’s Series of Unfortunate Events (Series) by Lemony Snicket follows the trials of three orphans named Violet, Klaus, and Sunny Baudelaire as they are sent to live with Count Olaf, a greedy man who wants their family fortune.

Jumanji by Chris Van Allsburg  is a beloved story about a mysterious board game, and the terrors that it unleashes when young children start to play it.

Nim’s Island by Wendy Orr follows the adventures of a young girl named Nim who lives on an island. After her father leaves her alone for a few days to do some research, she has to be strong and gather her friends to help her when disaster looms.

Toys Go Out by Emily Jenkins is a story following the adventures of three brave toys: a stuffed buffalo, a stuffed stingray, and a toy named Plastic who explore the world together.

The Enchanted Dolls’ House by Robyn Johnson is an interactive book that introduces the reader to different time periods and fashions, by following enchanted dolls.

The Lemonade War by Jacqueline Davies  follows a war of lemonade stands between Evan and his younger sister Jessie. The story introduces math and marketing concepts through a fun story.

Captain Awesome to the Rescue! by Stan Kirby introduces the reader to Eugene McGillicudy, a young boy who has a superhero alter ego named Captain Awesome, and follows his adventures after his family relocates to a new town.

Mercy Watson to the Rescue by Kate DiCamillo tells the adventures of Mercy Watson, a friendly little pig who lives with Mr. and Mrs. Watson, and gets into all kinds of silly situations.

Good Masters! Sweet Ladies by Laura Amy Schlitz is a Newbery Medal winning book that introduces the reader to a variety of characters in a medieval village in England.

The Cricket in Time Square by George Selden follows Chester Cricket as he explores New York City with the help of his new friends, two cats named Tucker and Harry, and a little boy named Mario.

Red Sails to Capri by Ann Weil is a historical novel that introduces the reader to Michele, a young girl whose life is changed when three sailors in search of something come to stay at her parent’s inn.

Aesop for Children by Milo Winters is a collection of short and simple tales featuring various animals, and containing important messages about life.

The Little Riders by Margaretha Shemin introduces the reader to Johanna, an eleven year old girl who is put in charge of looking after the twelve metal horse riders on the clock in the ancient church tower.

The Twenty-One Balloons by William Pene du Bois tells the story of Professor William Waterman Sherman, a retired teacher who tries to fly over the Pacific Ocean but crash lands on Krakatoa.

Homer Price by Robert McCloskey is a collection of stories based on the life of a young boy named Homer Price who lives in Centerburg, Ohio, and the strange situations he finds himself in. First of all, whether you stock up on books at your local library, have a robust home library, or not. You can still order books and have them conveninetly shipped to your house from Amazon. Wondering what should I read – we’ve got tons of great book recommendations for you! Click on the list you want to read and then you can conveninetly order from Amazon or print a book list to take to the library. 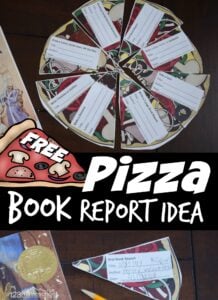 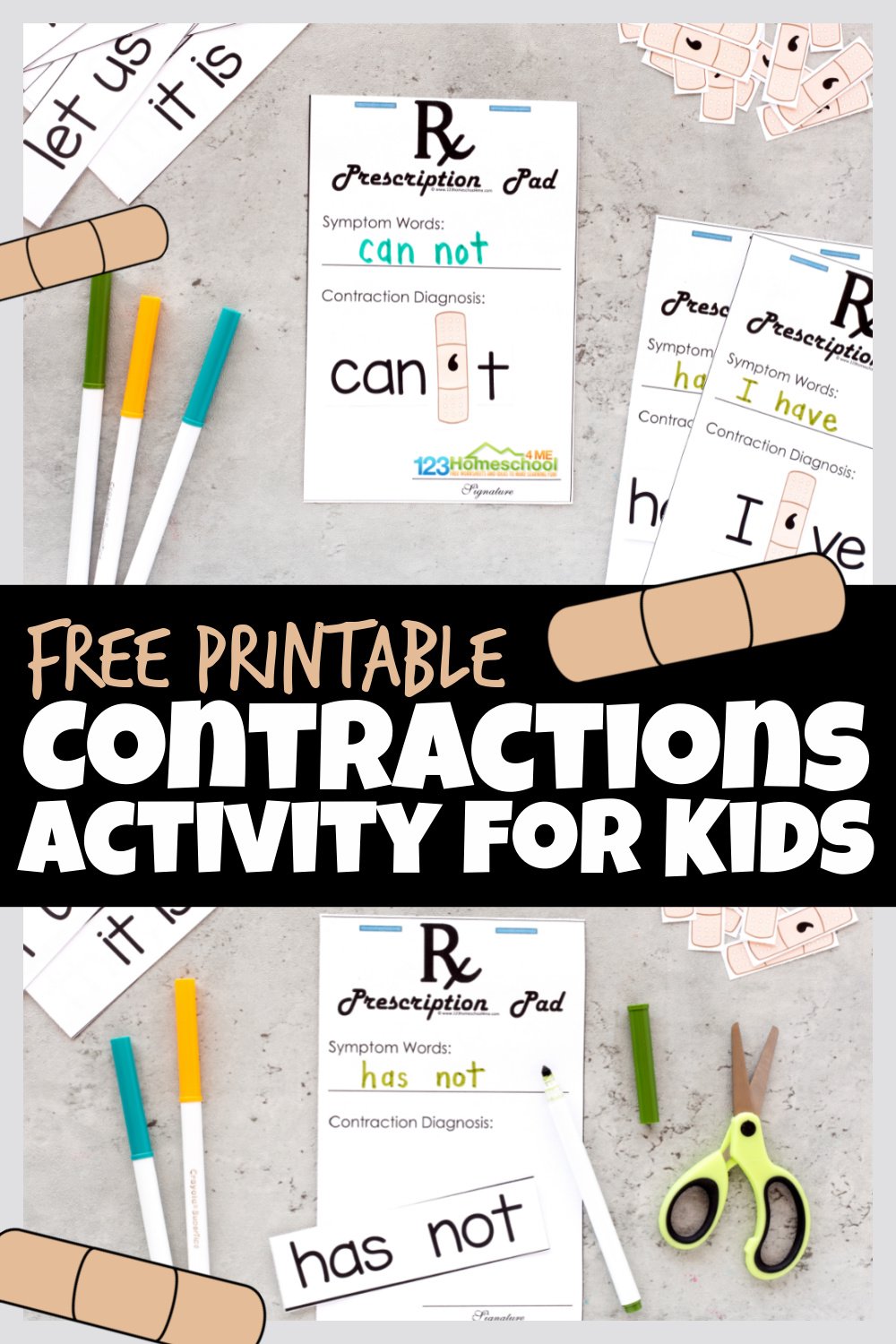 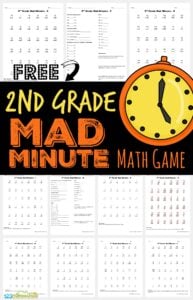 Looking for more 2nd grade worksheets? You will love these activities: 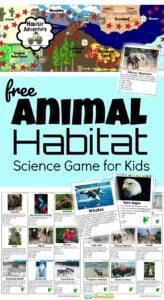 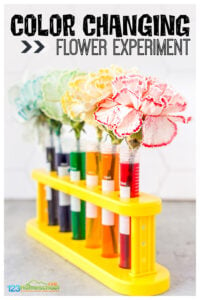 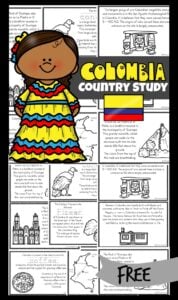 Plus dont’ miss these grade 2 worksheets: Don’t miss all our 2nd grade worksheets and our other free printable worksheets for prek-12th grade students.  We have free math worksheets, language arts worksheets, history lessons for kids, science experiments for kids, and even fun kids activities to go with every season and holiday throughout the year!

To make it easies to pick out books at the library I made a printable from this list. Just pick the style you like and print that page. Fold in half and laminate for a convenient bookmark. Use a dry erase markers to cross off series you are finished with or your child didn’t particularly enjoy. You can also have your child note what book they are on in the series to make picking books up at the library a breeze!