Are your kids still as crazy about slime recipes as mine are? You HAVE to try this Easy Borax Free Gummy Bear Fluffy Slime made from gummy bears! 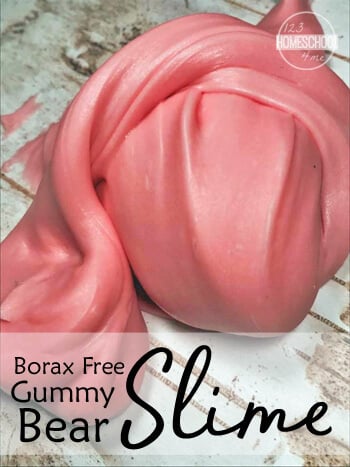 The slime craze. We’ve made so many different types of slime from 2 ingredient WOW Slime, red hot slime, beach sand slime, and even a Monster’s Inc. inspired slime. But does it get old? Nope. Slime never gets old. If your kids are like mine, slime is almost like this mysterious substance that brings so much excitement and wonder. This new Gummy Bear Slime that we made this week is no different. It is super fun to make and obviously play with. This slime recipe is sure to please.

What do I, as a mom, love most about slime? It isn’t expensive. It costs very little to make, especially when you start buying the supplies in the first place. This gummy bear version is even less expensive than others we have tried, it’s all ingredients you probably have in your kitchen plus gummy bears. AND it doesn’t include borax. We’ve never had a problem with borax, but this one is even edible. Well, more like taste safe. I’m not sure I know anyone who would actually WANT to eat this. 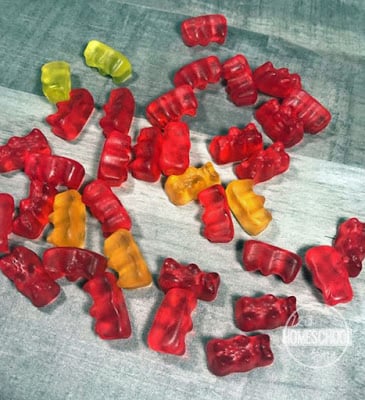 Don’t those just look delicious? Luckily for my daughter, okay and me too, I didn’t want to mix all of the gummy bears together. Our package (which we got at the dollar store) came with red, green, blue, orange and yellow. I thought that mixing the green and blue with the other colors would just create brown. I didn’t want brown slime. So we stuck to red, orange and yellow. And then ate the other colors. 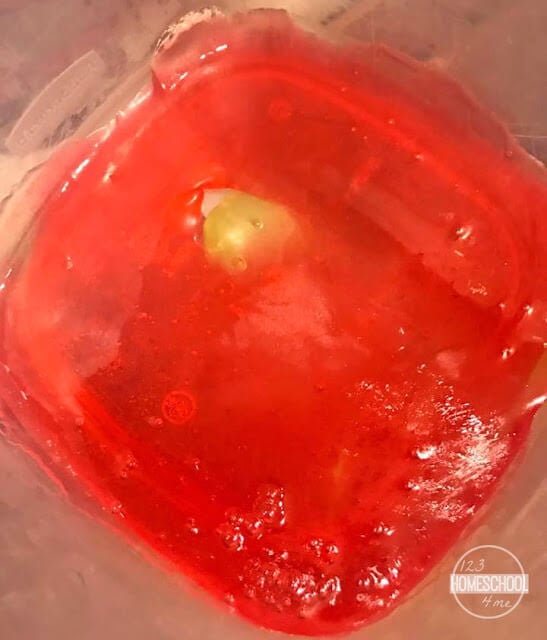 Start by putting the gummy bears in a microwave safe bowl and microwaving for only about 25 seconds.

Once it’s out of the microwave it should be melted and sticky. 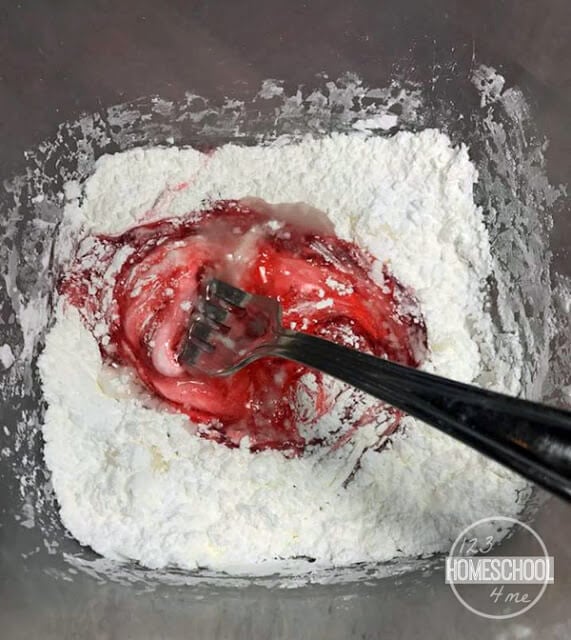 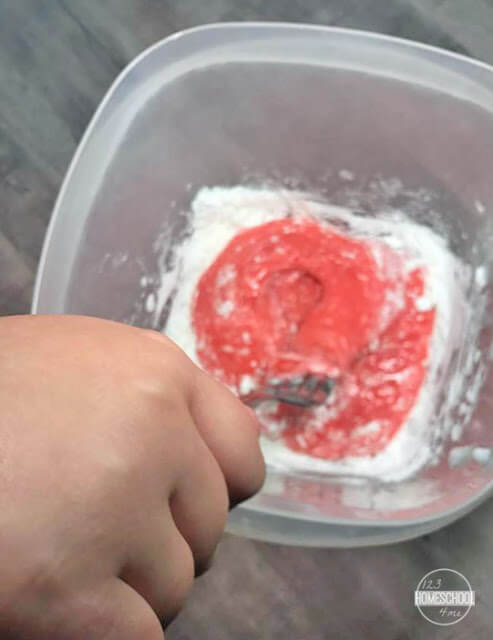 We added more of the powders until the slime no longer stuck to my fingers. I made sure that the powdered sugar and corn starch that were added were in equal amounts to each other.

Once the slime was the consistency we wanted (not sticking to everything and anything) we had a ball. 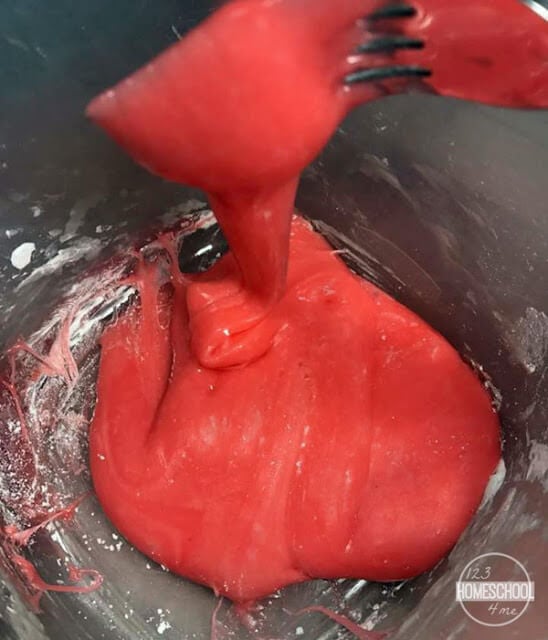 The consistency is thicker than most other slime recipes that we have made. It was almost silky like homemade play dough can be, but it was definitely stretchier than play dough!

As we pulled it and played with it, all I kept thinking about was watching people make salt water taffy at the fair I attended annually as a child. I didn’t taste it, but it might even taste like salt water taffy. But you’ll have to make it and see. 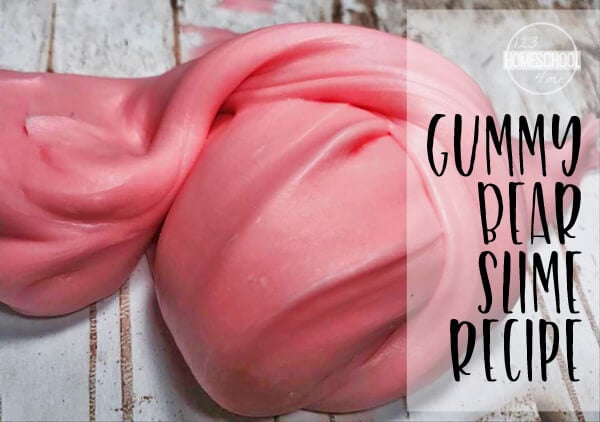 Slime is not just stretchy goop that is fun to play with. Slime is a fantastic sensory experience. It can help children with exploration skills, visual skills as well as texture & consistency awareness. Plus it’s helpful for practicing cooking skills such as mixing, measuring and following directions.