Kids will be fascinated and engaged in our Inner Planets activities to help kids learn about the solar systems 4 inner planets. The science unit covers Mercury, Venus, Earth, and Mars with lots of hands on science experiments and free worksheets for kids.

We are continuing on in our solar system unit. We’ve talked about the sun and now we are ready to start learning about the Solar System’s Inner Planets for Kids: Mercury, Venus, Earth, and Mars. This is a really fun, hands on unit to help kids learn while having fun.

Mercury is a small planet and the planet closest to the sun. Only one space craft (Mariner 10) has gotten close to Mercury. During the day it is more than 750 F, but at night it gets down to -300 F. 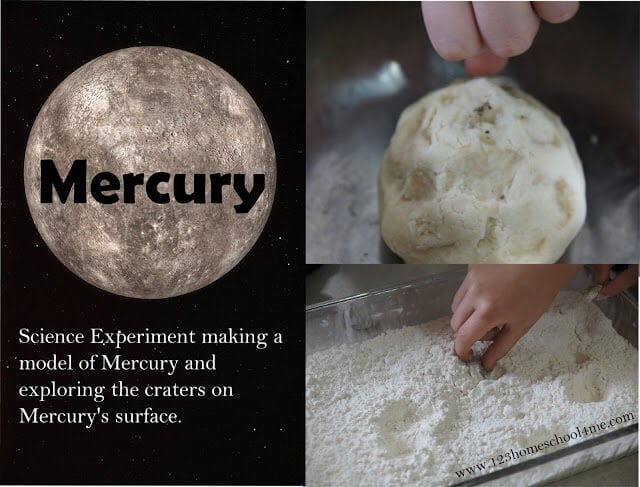 We made a model of mercury by mixing 1 cup of flour, 1/4 cup salt, 1 teas oil, and 1/4 cup water. After we’d shaped it we hit the planet with rocks of different sizes to make the craters Mercury is known for.

Venus is the hottest planet in the whole solar system because of it’s location nearby the sun and dense atmosphere the traps in the sun’s heat. There are volcanoes that spew lava on its surface. 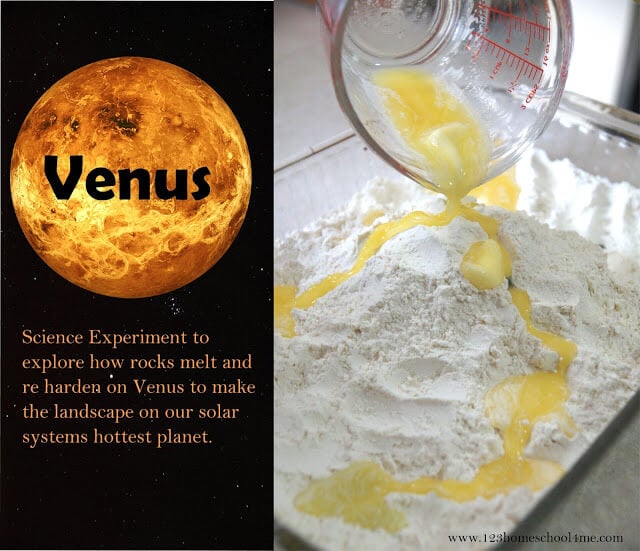 To help the kids understand that Venus was so hot that rocks melted we set up this simple science experiment. We made a mound by overturning a custard dish and covering it and the surrounding area with flour. I showed them a 1/4 stick of butter was solid like rocks. I melted it in the microwave just like the heat melts rocks on Venus. Then we poured it over the center of the overturned custard dish so the kids would see it form streams. When it cooled down the butter turned back hard, just like the rocks on Venus.

We read several books  on earth discussing how the earth is the perfect home, the layers of the earth, how the atmosphere protects us (keeping us warm and burning up meteors before they hit the earth), how our tilt gives us seasons, and more. 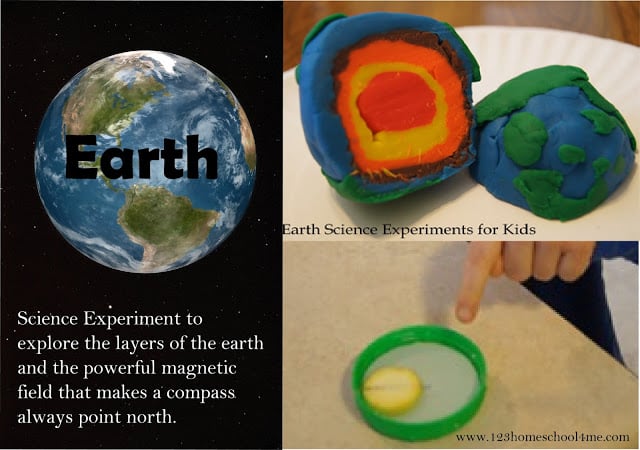 We learned the reason this planet is called the red planet is because the red look comes from the iron in the dirt. We talked about how scientists are hoping to have a colony on Mars someday (you can read more about this 2025 Mars settlement here)
This terrestrial planet has mountains, valleys, and volcanoes including a volcano called Olympus Mons the largest volcano in our whole solar system. 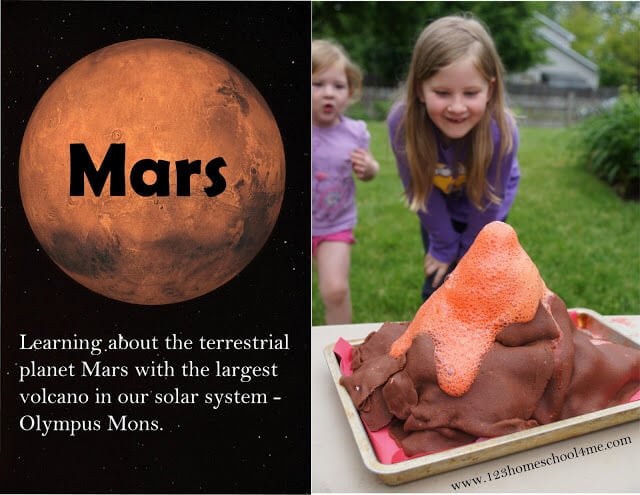 To make our Olympus Mons we put red construction paper on a baking sheet. We put an empty 2L bottle in the center.
We wadded up paper around the 2L bottle to make the volcano. Then we covered the entire surface with our favorite playdough recipe tinted brown. The volcano looked amazing!
Now for the eruption! We put 6 teas baking soda in the bottle. In a separate measuring cup put 2 cups vinegar, red food coloring, and a squirt of dish detergent. When you are ready for the eruption pour the vinegar mixture into the bottle and stand back – it is going to erupt! 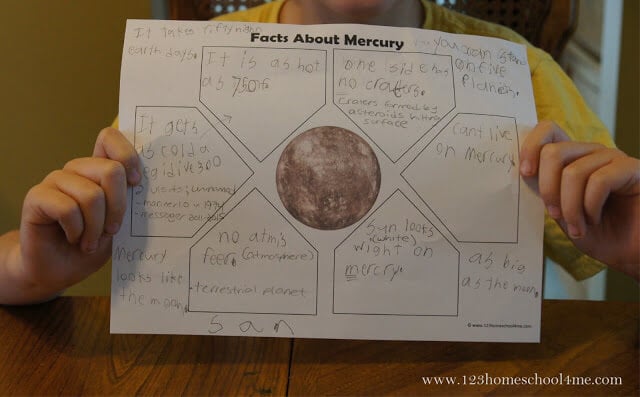 Plus for every planet we studied the kids took notes on things they learned that were interesting using these free solar system worksheets for kids. 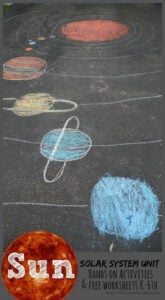 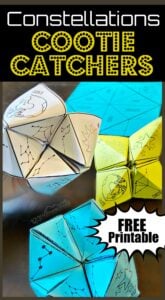 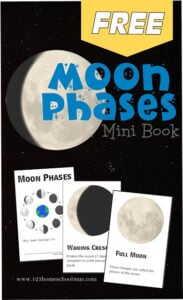