This week we began our solar system unit. You will find lots of fun, hands on science projects and ideas for learning about the sun, our planets, the moon, stars, astronauts, and so much more. Here is what we learned in our Solar System Unit on The Sun. 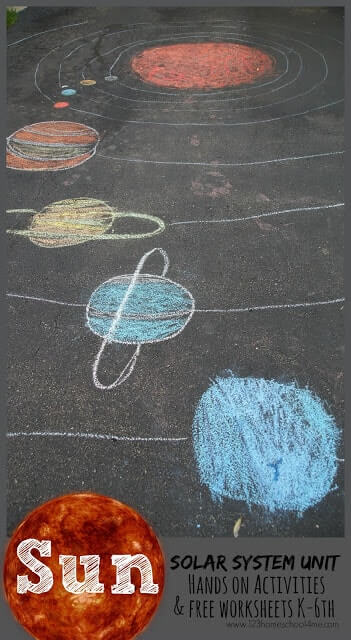 For the first week of our Solar System Unit on The Sun we learned that the solar system includes the sun and all the planets that travel around the sun which is held in place by gravity. Gravity is an invisible force that pulls objects towards each other.

Astronomy is the study of the universe.

The kids were introduced the the sun, 8 planets (Mercury, Venus, Earth, Mars, Jupiter, Saturn, Uranus, and Neptune), over 100 moons in our solar system, the asteroid belt, and Pluto with these hands on solar system activities for kids. 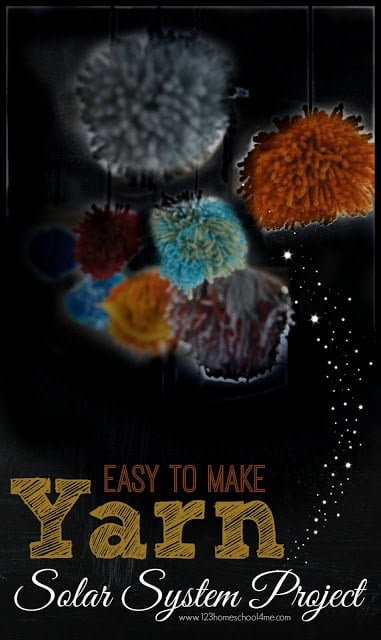 First we made this fun, easy to make Yarn Solar System Project. 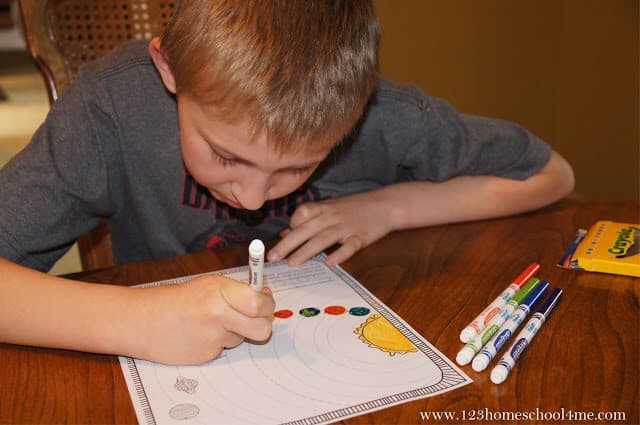 We reinforced where the planets were with these solar system coloring pages and planets mini book. 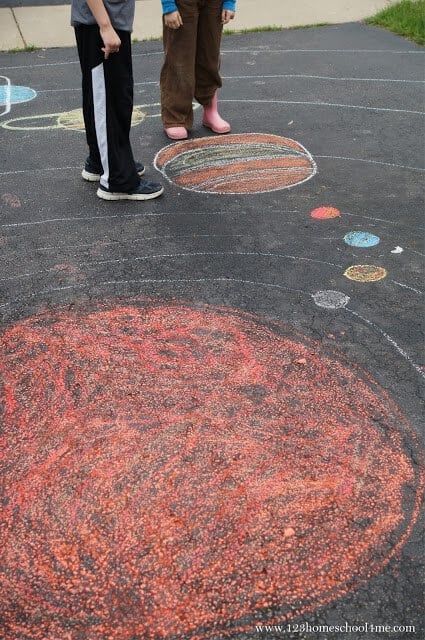 Then we headed outside to recreate the solar system with chalk on our driveway. We played a game where the kids had to run to the correct planet when I called it out.

I helped the kids understands how our planets orbit the sun by having them do this fun activity that helped them really “get it”.

The Sun is a star, the biggest thing in our universe, and very hot – 10,000 degrees on the outside and millions of degrees on the inside. In our readings, we learned about solar flares, sun spots, and that the sun is actually all the colors of the rainbow! Did you know that the sky looks blue because it has a shorter wave that gets hits the layer of gases in our atmosphere?

Help kids understand the power of the sun and the importance of not staring at the sun with this simple experiment. For this classic experiment, kids use a magnifying glass to direct the sun’s ray to burn a hole in a leaf.

Note: This should only be done carefully with adult supervision. I recommend you take the opportunity to talk about safety.

Stonehenge and the Sun

Did you know you can tell time and seasons using our solar system? Read about historical Stonehenge. Many people believe it was used to tell when spring had arrived . This was useful for helping them know when to plant and harvest crops. 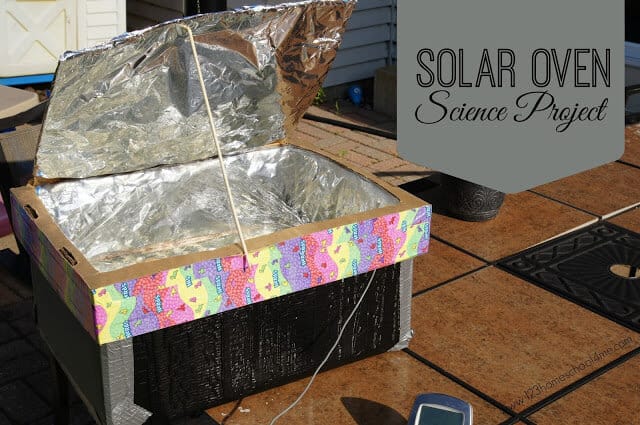 The sun heats things up! We made a solar oven to harness the energy from the sun. To make this solar oven, use plastic wrap to create a greenhouse. Then use aluminum foil to reflect the sun rays back into the box. Finally, use black tape to draw and hold in the heat. We made our solar oven extra hot by adding waded up paper to insulate the bottom. Our solar oven reached 320 F.

This fun-to-make Lego Sundial is a fun way for kids to use a sundial. A sundial can tell the time based on the position of the sun. Then the next day we used the sundial to tell the time instead of a conventional clock. Science is FUN!

For another fun idea, try our human sundial for a truly memorable science project. 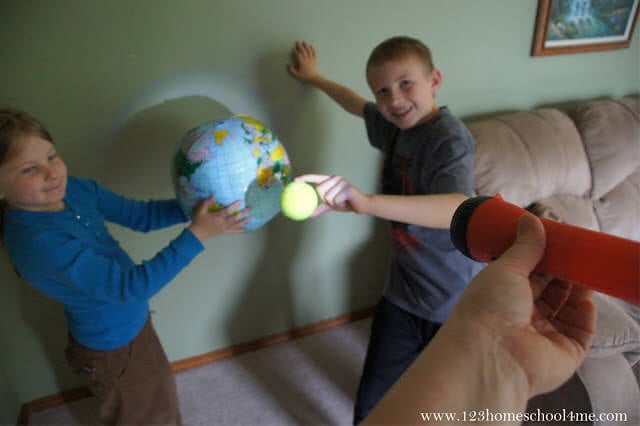 A solar eclipse happens when the sun gets hidden behind the moon. For a few moments during the day, you can’t see the sun.  Sometimes there are up to five solar eclipses in one year. Did you know these solar eclipses can’t be seen from everywhere on earth?

To help kids understand the concept we used a inflatable earth, tennis ball, and a flashlight to recreate a solar eclipse. 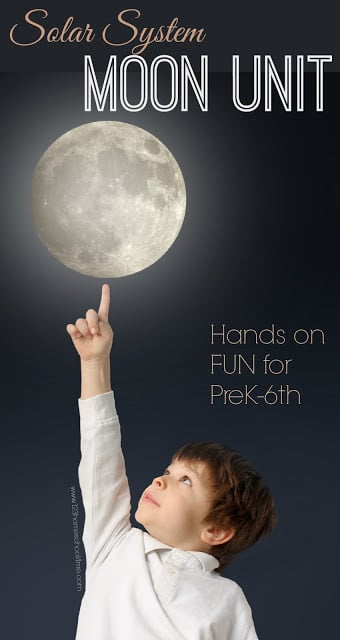 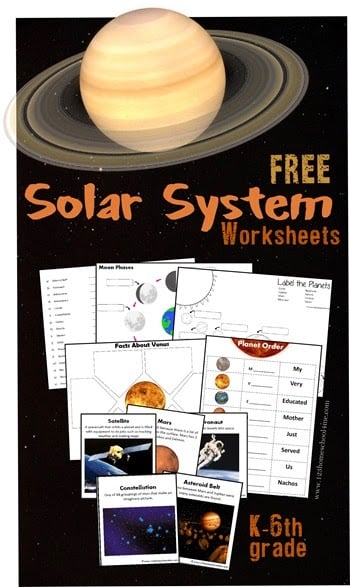 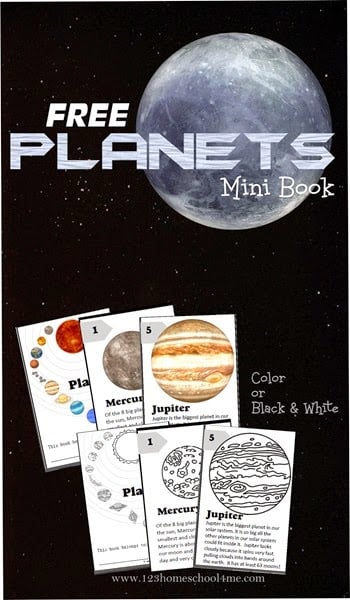 In addition to the hands-on Solar System Unit above we also have: