Making your own Solar System is the best way to kick off a solar system unit. We decided to make this Yarn Solar System Project, but here are 18 creative solar system projects to pick from. No matter what project you pick, kids will learn:

To make this 3d solar system model you will want to print the free planets mini book and get the following yarn:

Hint: For planets with more than one color you will wrap the yarn at the same time.

Now, one by one you will wrap the yarn loosely around books of various sizes. The kids loved this part! Here is what we used:

Twist a rubberband around the middle of the yarn several times to create 2 loops. This part should be done by upper elementary or a parent to not undo all the winding you’ve already finished.

Using scissors cut the center of both loops to create a large pom pom planet.

Continue until you’ve made all the 8 inner and outer planets. We also made the asteroid belt out of squished up black/grey construction paper. We choose not to do Pluto which has now been classified as one of the dwarf planets.

For Saturn, we added some construction paper cut into an oval with the center cut out and slid it over the planet.

We hung the planets from our ceiling. It was fun for the kids to practice figuring out which one was which and look at them to learn their names and positions in the universe.

Hint: You will want to use a thumbtack to hang the larger, heavier, outer planets. 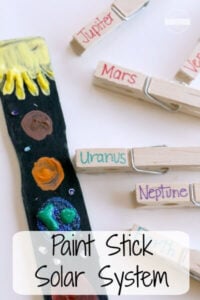 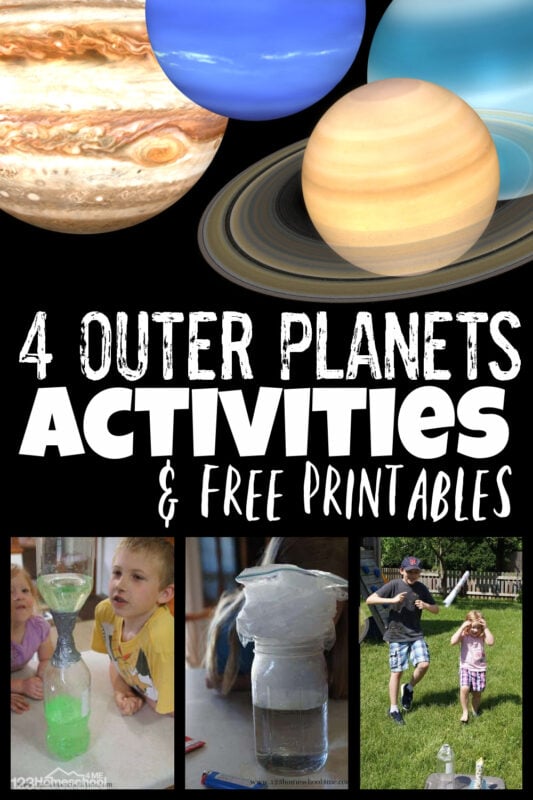 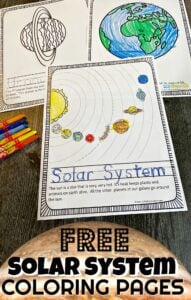 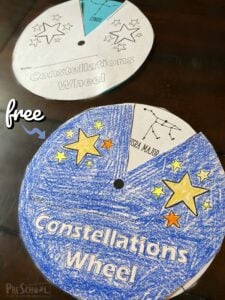