Get ready to WOW with this EASY science experiments for kids that will make raisins dance! This dancing raisins experiment will not only enterntain, but teach your kids about chemical reactions between baking soda and vinegar. This Preschool Science Experiment is perfect for toddler, pre-k, kindergarten, and first grade students. SO try this baking soda and vinegar experiments and have some science fun today!

This dancing raisins experiment is always a huge success because it is easy to try, teaches, and leaves a lasting impression. Try this science activities for preschoolers, toddlers, kindergartners, and grade 1 students to teach about the baking soda and vinegar reaction. There are LOTS of baking soda vinegar experiment ideas from blowing up balloons to volcanos, our dancing raisins, and more. So try several and help kids really understand while having fun because science is so much fun! If you understand the underlying principles, everyday items can be made to behave in strange and unusual ways.

This Dancing Raisins Science Experiment uses the same chemical reaction behind the well-known homemade volcano project and the self-inflating balloon experiment. When vinegar (an acid) reacts with baking soda (a base) one of the products of the chemical reaction is carbon dioxide, a gas. In the volcano, the gas creates a bubbly solution which comes oozing out of the volcano. For the balloon experiment, the gas fills up the balloon. This dancing raisins science experiment has a more subtle effect, but still impressive.

Basically, by adding baking soda and vinegar to another liquid, like water, the liquid becomes filled with many bubbles which rise to the surface and pop. If a light object is placed inside the liquid, such as raisins or peanuts, the bubbles stick to the surface of the light objects, increasing their buoyancy, and causing them to rise to the surface with the bubbles. When the bubbles pop at the surface of the liquid, the objects, which on their own are more dense than the liquid, then fall back to the bottom. On the way down and while sitting on the bottom, they collect more bubbles, causing the process to repeat for several minutes. Eventually, either enough of the reactants will be used up to stop the process or enough air bubbles will get trapped inside the raisins to make them remain floating on the surface.

All you need are a few simple supplies to try this chemical reaction experiment that usese baking soda and vinegar to create a truly memorable, WOW experiment for kids!

First, use your spoon to place about a tablespoon of baking soda into the glass half-filled with water. The exact amount is not important.

Stir the baking soda until it is dissolved in the water.

Drop the 6 raisin halves into the glass.

Next, pour some vinegar into the glass until it is about 3/4 full.

Watch in amazement as your raisins slowly rise to the surface, then fall back down, over and over again. 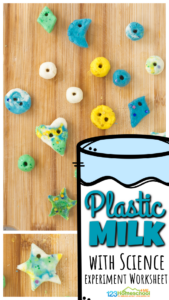 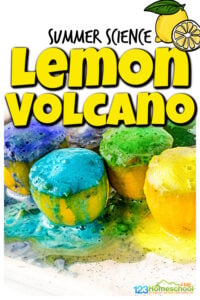 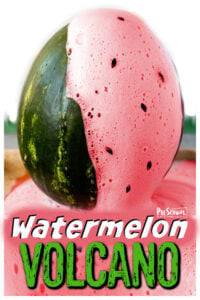 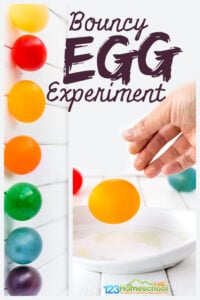 Use items commonly in your kitchen to try these food experiments for kids, but note they are NOT all edible! 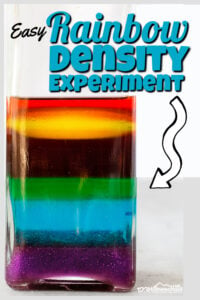 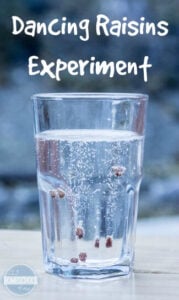 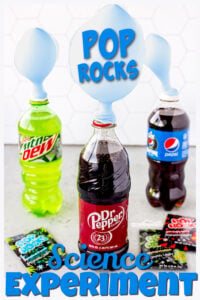 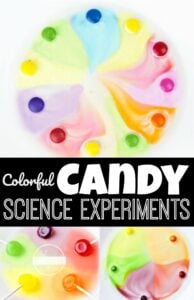 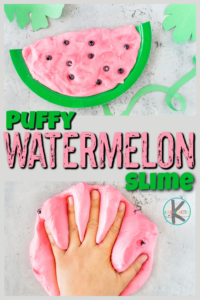 Looking for more fruit printable activities? You may want to check these out: 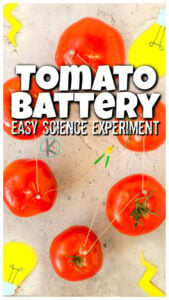 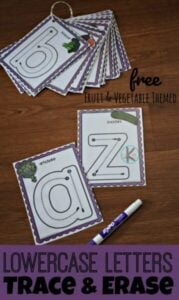