Summer is right around the corner, and I’ve been thinking about all things ocean! So today we have the cutest little octopus craft to share with you. It’s made using a cupcake liner and is a simple craft to make to go along with ocean themes. 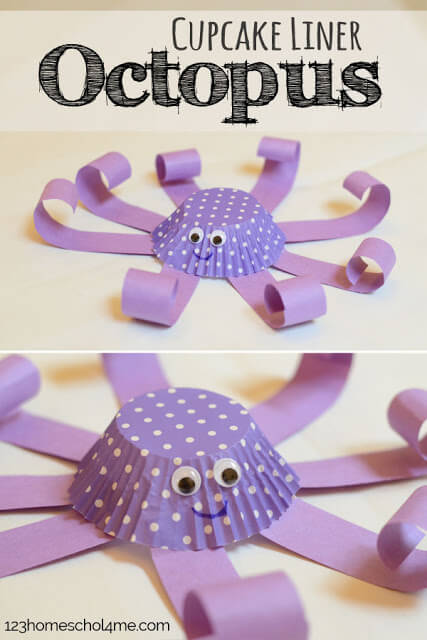 I don’t know about you, but somehow I always end up with extra cupcake liners in my kitchen.

Sometimes, I grab them when they are on sale and forget I have them.

So on a whim I decided we needed to do a craft to use some up, and I think this little cupcake liner octopus turned out super cute! 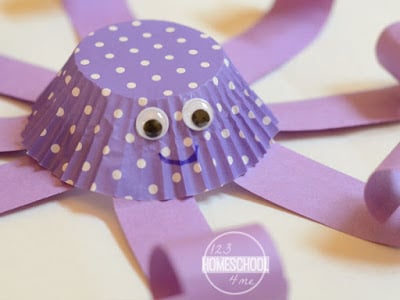 *Note: A glue stick should be used for this craft instead of school glue, because school glue makes the cupcake liner too wet. 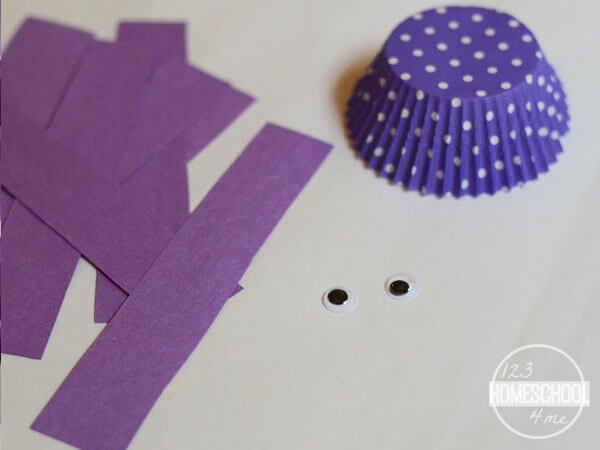 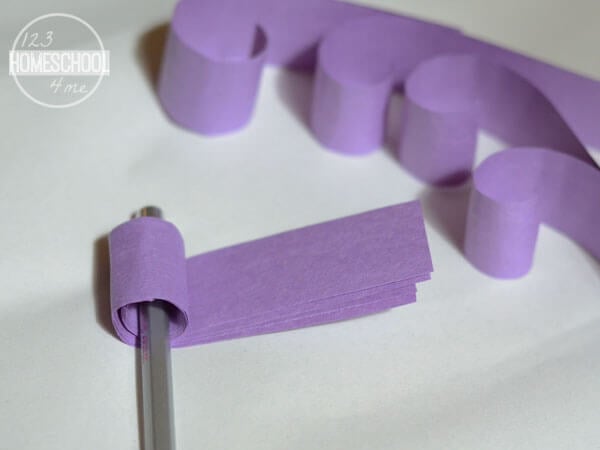 Next, curl the ends of all of the strips of paper. To do this, we used a pencil and wrap the ends of the paper around it, about halfway up. You cal also use a paper, craft stick, marker, etc. to help curl the paper. 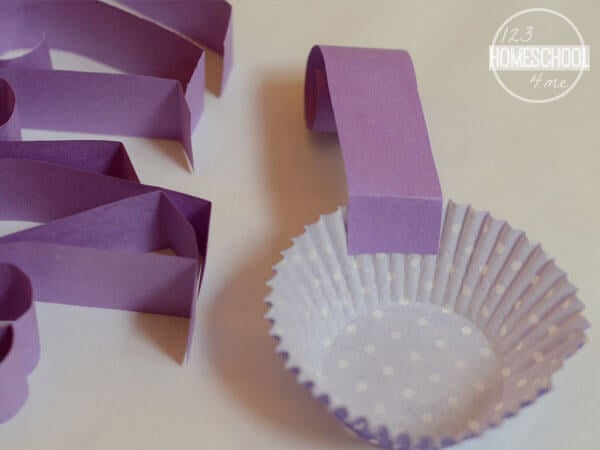 Bend the flat ends of the curled paper strips inward. This will make the octopus legs stick out nicely after being glued to the cupcake liner.

Glue the ends of the paper strips around the edges of the cupcake liner and continue all the way around as shown below. 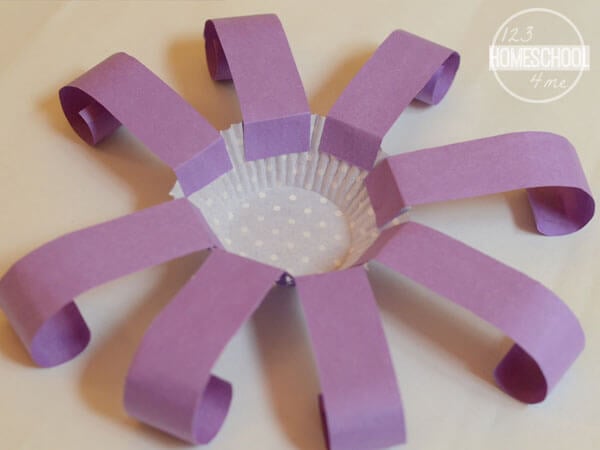 Next, use a marker to draw a mouth on the octopus. 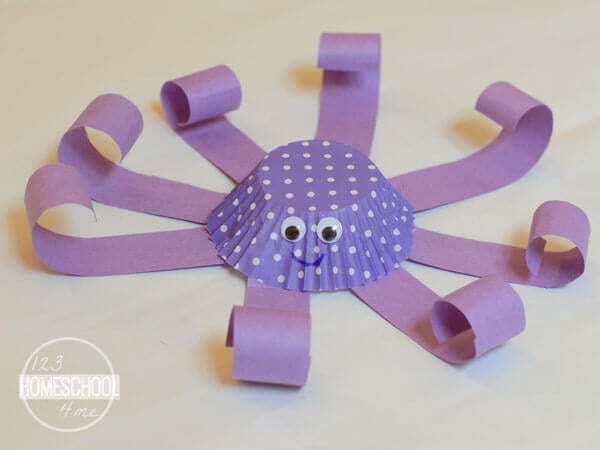 These also look very cute hanging from the ceiling to make them look like they are swimming! Just attach string from the top center and you’ll a very cute decoration for an ocean or under-the-sea theme. 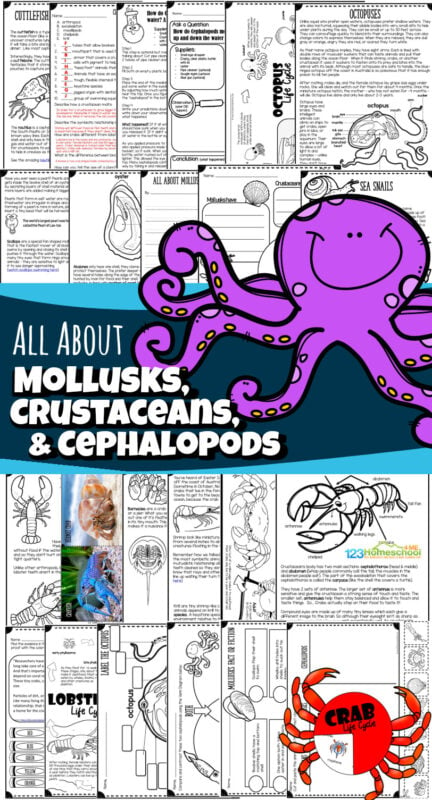 Want to learn more about octopuses? Check out this huge resource for kids prek-8th grade to learn All About Octopus. Or learn all about aquatic animals (over 250 pages!) 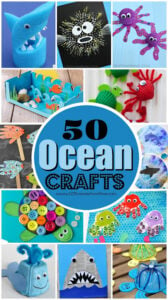 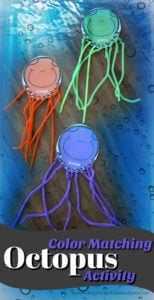 Looking for more ocean activities for kids? You will love these clever, free resources and ideas:

Emily loves to get out exploring and learning alongside her children, and strives to make learning fun! She blogs at Creative Little Explorers, where she shares hands-on learning ideas, nature activities, crafts, and more.