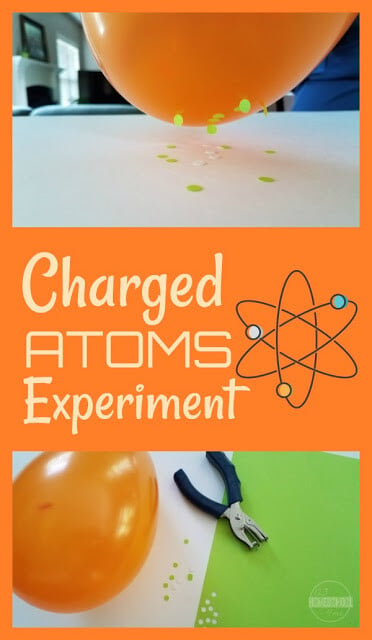 One of our favorite toys is LEGOs. I think it is because those tiny blocks can be used to make anything. We’ve made castles, helicopters, people, birds, and more. The possibilities are endless and they all start with the same little blocks.

Everything in the universe is made of small building blocks, too. Atoms are the basic components of all matter. Chairs, stars, animals, even air is made up of atoms. They are the LEGOs of the universe. These tiny atoms are made up of even smaller particles (protons, neutrons, and electrons) that give atoms interesting properties.

When one atom has a negative charge and it comes into contact with a positively charged atom, those atoms are attracted to each other like a magnet. This happens all throughout the universe and is what causes atoms to bond together to create molecules and then larger compounds and objects. Want to see how this works on a scale that we can actually see? Try this simple experiment. 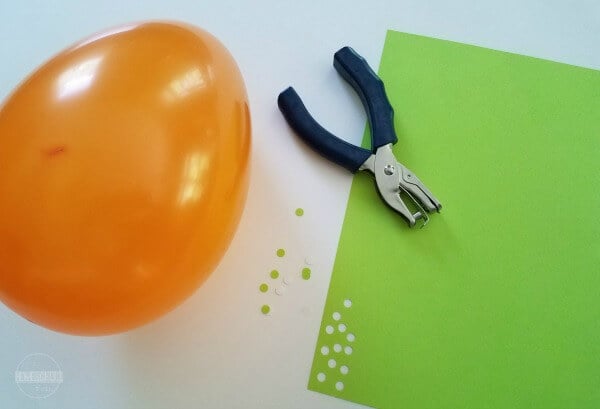 I like science experiments that use materials you probably already have. This one is no different. To see charged atoms in action, you just need to gather a few basic supplies.

Using the paper punch, create 20-30 small paper circles and place them on a flat surface. Tip: I like using contrasting colors for the balloon and the paper. It makes the result easier and more fun to see.

Blow up the balloon and tie it off. Then, rub it on a clean, dry head of hair. 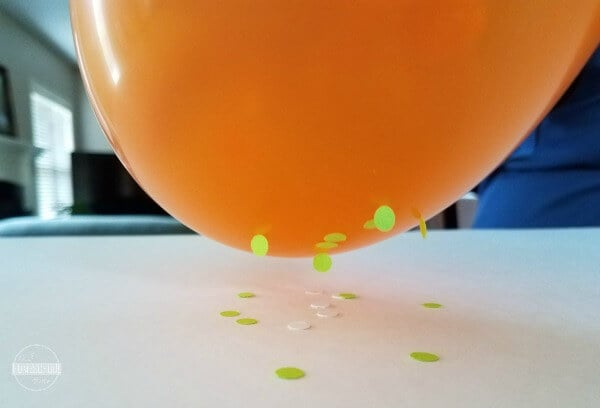 The attraction between the negatively and positively charged atoms was so great that it overcame the force of gravity and the paper circles jumped up to the balloon and were held there by the same attraction.

Try this fun experiment with your friends and watch them be amazed!