Here is the next in our colonial america for kids unit as part of our history for kids. Our units are filled with lots of hands on activities so that my kids have fun learning (and remembering) US History. This week we are learning about the Dutch & Swedish settlers in America. Did you know that New York was originally New Amsterdam and settled by Dutch? Do you know what Wall Street is named after? I learned so much this week!!!

Here’s a little history for you to set the stage.  After Henry Hudson explored the area looking for a Northwest Passage to India the Dutch, being savvy business people, wanted to begin trading with the Native Americans. They wanted beaver pelts. When the Dutch New Indies Company tried to get settlers to go to New Amsterdam they had trouble as many Dutch didn’t want to come. The Dutch actually lived very comfortable with religious freedoms & government representatives at home! So New Holland ended up having a mix of many other European nations who were eager to come live in New Amsterdam. The Dutch New Indies Company then offered to give patrons a large piece of land if they provided 15 colonists to live & work it. But the colony was not well run; there were outhouses on the street, pigs running loose, lots of drinking & fights, and no defenses. The Dutch New Indies Company appointed Peter Stuyvesant to fix it up! He was not very popular, but he fixed it and raised money for ‘police’ by taxing imported liquor. When news of war between England & Holland reached the colony they begin building a wall around the colony, but they ran out of money and the colonists did not want to finish it. (The only part of the wall would later be known to the world as Wall Street!) In 1664 English ships did come and as the colonists refused to fight with Stuyvesant, they surrendered. New Amsterdam became an English territory and was renamed New York.

The early Dutch settlers were the first to bring cows to America – we visited a historic farm where we got up and personal with a cow. My son even got to try milking a cow by hand. We made our own butter by shaking cream in a Tupperware for about 15 minutes. Then we shaped it into a ‘biscuit’. The kids thought that was hilarious; it tasted good too! Settlers first constructed log cabins in 1638 in New Sweden. (This would later become part of New Amsterdam) So we made our own log cabin out of lincoln logs. We had a busy week so we didn’t do as many activities. If you have time you might explore holidays from Holland, make Dutch Applesauce, “trade” beaver furs, make butter, or another Dutch treat.

I have three really good resources for you this week, but they are not currently pictures on Amazon. You can still get them used on Amazon or through a good local library.

Colonial Life for Children: The Dutch & New Amsterdam by Schlessinger – I stumbled upon this series by accident in my local library. I’m so glad I did! There are 9 in the series about Colonial Life. A kid walks your kids through a 23 minute visit to that aspect of Colonial Life. You will see characters in costume, learn a lot of interesting facts, and feel like you get a wonderful glimpse of their life! My son loved the visual!

We added to our {free} Colonial America Book. You can get the entire book including this weeks pages including: 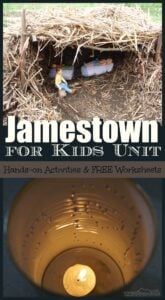 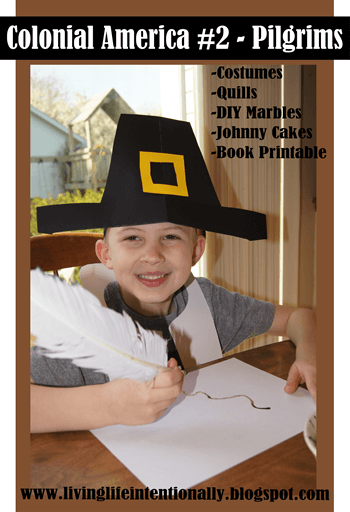 Colonial America for Kids takes kids on a journey back to the first permanent settlements in America to learn about colonial life with lots of hands on projects like eating Gruel, making a Wattle & Daub house, and creating a tin lantern will make the settlement come alive. 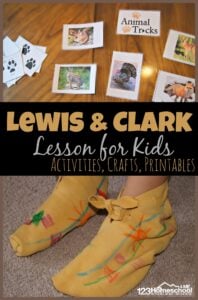 Life in Colonial America Worksheets B