Candy is always a fun way to learn STEM. This Candy and Simple Machine Science Project uses simple machines project presents a great way to talk about the transition between potential energy and kinetic energy as well as practice some engineering skills. Kids of all ages will love this mechanical energy activity!

One of my daughters has been begging to learn more science lately. She and all of siblings spent most of an hour watching M and M’s go down the slide and turn the fly wheel. While they played we talked about the physics involved. This is such a fun Mechanical Energy for Kids activity!

Where does the energy come from? I asked. My older child knew immediately that this gain in energy was due to gravity. Force fields have been a special interest lately, and gravity is a field force. Any time an object is pulled in by a field force it tends to gain kinetic energy. At the top of the slide the M and M has potential energy. As gravity pulls the candy down the inclined plane, the potential energy is mostly converted to kinetic energy. (A tiny bit of the mechanical energy will be converted to heat by friction.) 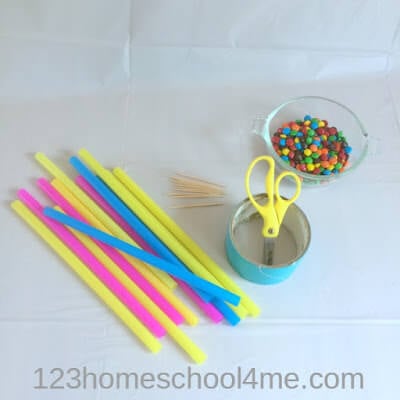 To make your candy machine you will need: 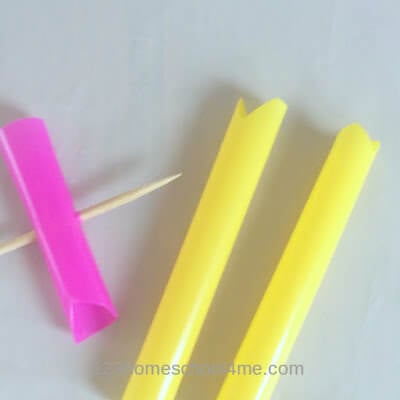 To build your fly wheel, cut two lengths of straw about 10 cm high. Notch the top ends, and secure the bottom ends in the play dough. Cut another piece about 5 cm long and cut out a piece on each end as shown. Then push a tooth pic through the center. Suspend this from the longer straws by the tooth pic. 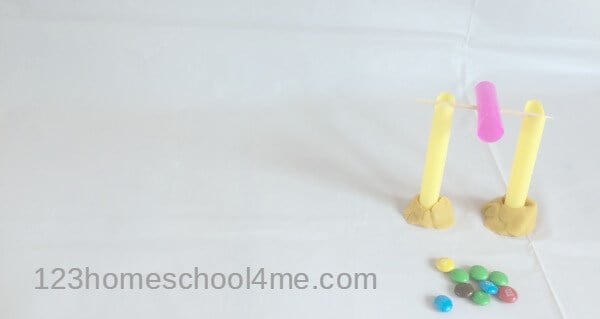 Create the slides for your candy by cutting the straws in half. Cut a straw just a little taller than your flywheel and notch the top to fit the half straw onto it. Experiment with making sure the candy will hit the flywheel as it comes off before taping it together. From there, you can make any combination of slides that interests you. 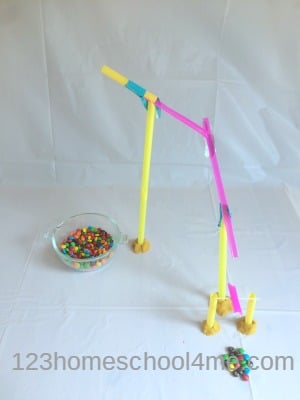 If your child enjoys these types of toys, you may want to check out Paul Hewitt’s Conceptual Physics. It’s meant to be used as a text book, but is written so well that we tend it to pick it up for pleasure reading. Hewitt uses humor and every day examples to make physics accessible to anyone. 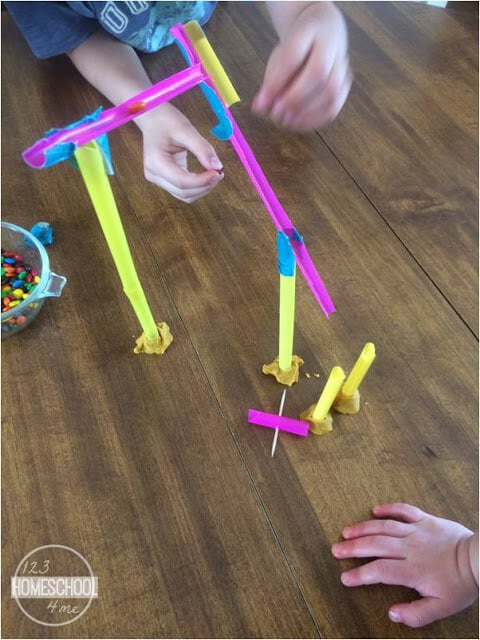 Don’t be fooled. Physics is not a difficult science because there is so much to learn. There is very little to know. The important thing is that your children learn the skills of applying a few simple concepts in a variety of situations. As they do, they’ll begin to see the amazing complexity of the world all around them, just like my kids did with this candy machine.