In December we went to Disney on Ice: Treasure Trove (there are currently 5 different shows). We had an amazing time & the show was wonderful! Here are a couple things that I learned or tidbits I wanted to pass on to you. 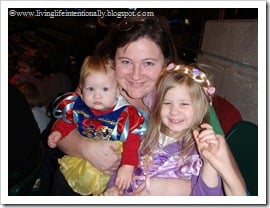 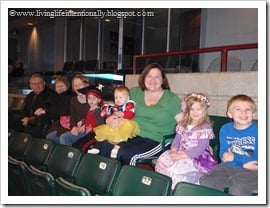 Who you can expect to see at the Treasure Trove Show
Mickey, Minnie, Goofy, and Donald

The White Rabbit, Mad Hatter, Alice, Queen of Hearts, and Cards (the skating with the cards was really cool!) 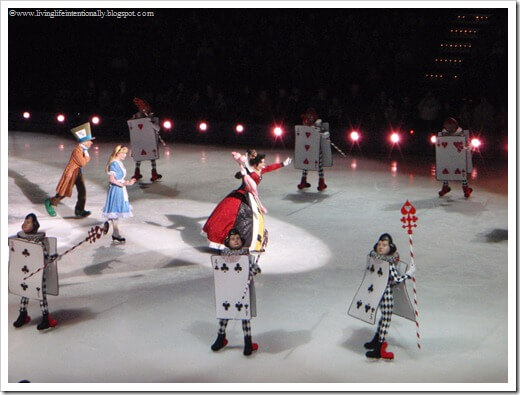 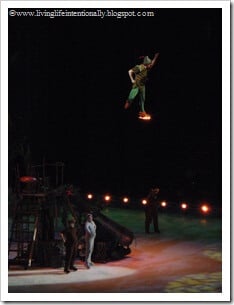 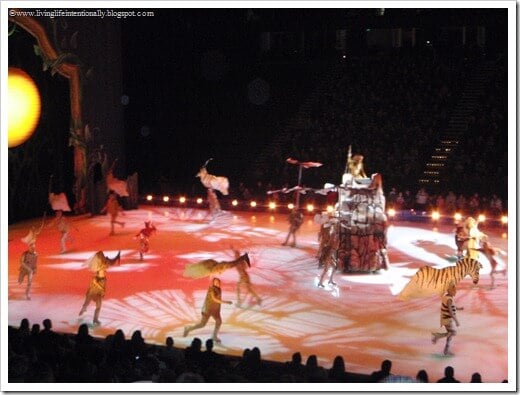 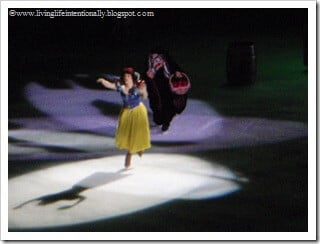 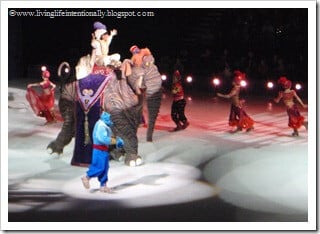 The Little Mermaid & friends from the ocean – such vivid costumes! 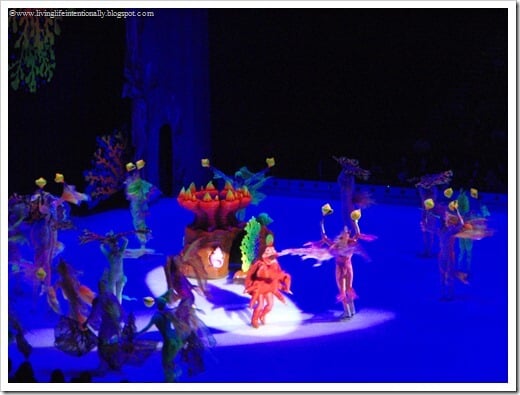 Rapunzle & Flynn Rider – they began by having a child (from VIP section) help them fly a lantern. Then when you saw them do their dance you saw dozens of lanterns flying above them – gorgeous! 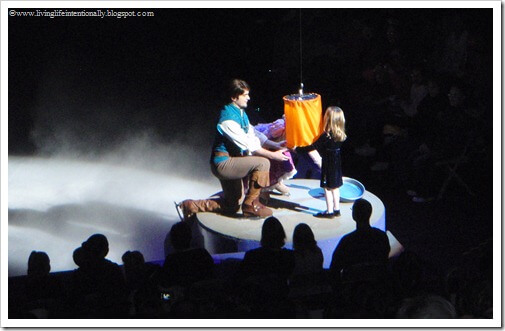 Grand Finale – in case you missed one of your favorite princesses they all come out. It was fun to see all the Prince & Princesses out at the end! 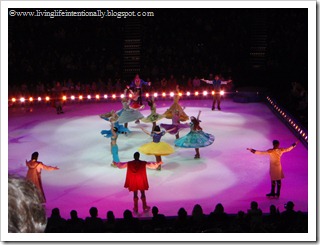 It was amazing & magical – what a great way to introduce the beauty of ice skating to my kiddos plus see their favorite characters! We had a wonderful time – every family should go!!