Let’s learn about heat and do a Simple Radiation And Conduction Experiment to learn how heat is transferred from one object to another.

Heat is a type of energy that can be transferred from one object to another. A warmer object will transfer it’s heat energy to a colder object and raise that object’s temperature. Heat can be transferred to objects in several different ways. One way is by radiation, and another is by conduction.

When you stand in the sunlight, you can feel the warmth of the sun. The sun can raise the temperature of your skin and body without even touching you. It transfers its heat energy to your skin by radiation. Radiation is the transfer of heat by electromagnetic waves.

Electromagnetic waves carry the heat energy from the sun to the earth transferring that heat to whatever object they touch. We can’t see these wave, but we know they exist. We can feel the results.

Have you ever walked on a sidewalk in the summertime in bare feet? Did the concrete feel warm? The sun transferred its heat to the sidewalk via radiation and caused the temperature of the concrete to rise. When you stepped on the sidewalk, your feet were colder than the concrete so it gave some of its heat to your feet. This is called conduction. Conduction is the transfer of energy from one object to another through direct contact.

Let’s do a simple experiment to demonstrate how radiation and conduction works. To try this radiation experiments for school you just need four supplies: a toaster, a piece of bread, butter, and a butter knife. 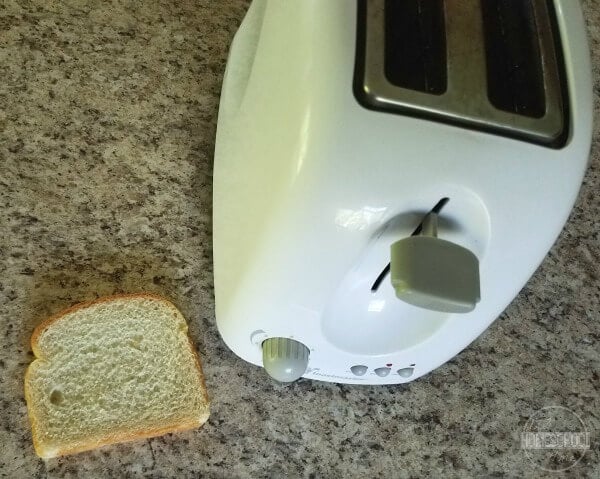 For this experiment, you are just going to need a toaster and a piece of bread.

Hold the piece of bread in your hand. Notice the temperature and appearance of the bread. Next, place the bread in the toaster, then start the toaster. Look inside the toaster.. 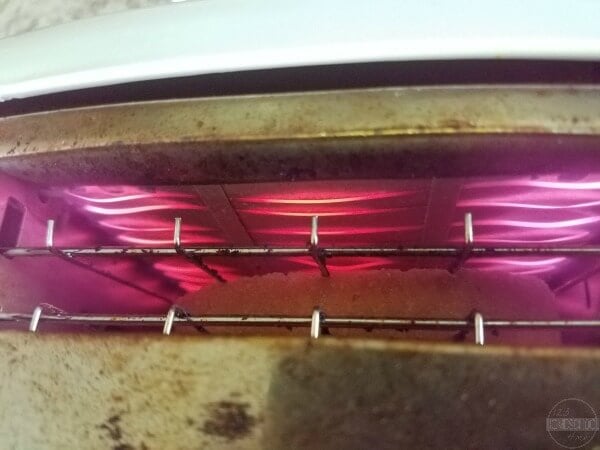 Do you see the red wires? The wires are red because electricity is flowing through them and heating them up. Never touch these wires. The electrical charge is so great you could get electrocuted.

Without touching the toaster, feel the air around the toaster? What do you notice about it? The heat is radiating from the hot wires and increasing the temperature in the air and object around them. 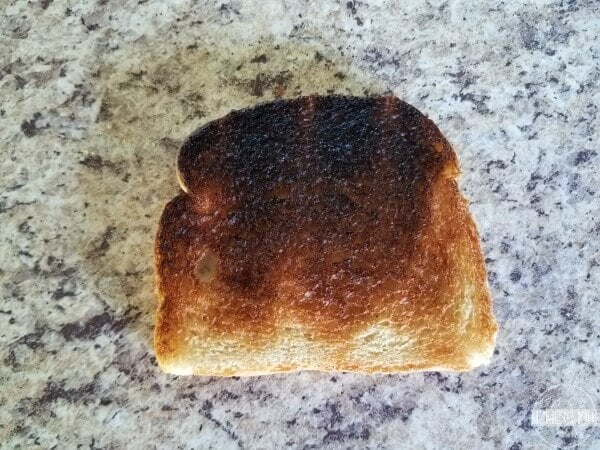 The heat radiating from the wires transferred to the bread. This heat transfer experiments show that heat not only increased the temperature of the bread, it caused chemical changes in the bread. We can see this by the color and texture change. The bread turned from white to brown and from soft to crispy.

While that toasted bread from the radiation experiment is still warm, place of pat of butter on the warm toast with the butter knife. Notice what happens to the butter. It should be melting. The toast is warmer than the butter, so it transfers its heat to the butter. This warms the butter past its melting point. This transfer of heat from the toast to the butter is conduction.

I love simple science experiments and projects that demonstrate seemingly complicated concepts. Try this easy experiment at home to explain how heat is transferred to your kids.