Do you have a Disney Tinkerbell fan at your house? If so, you are going to want to take a peak at the TinkerBell Birthday Party we threw as you get your Party Themes together. 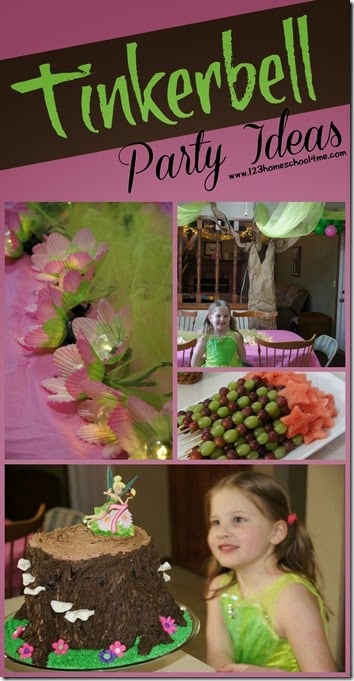 No matter what theme you choose, here are 20 Ways to Make Birthdays Extra Special.

My daughter loves Tinkerbell! She has had her heart set on a Tinkerbell birthday party since last year. And I couldn’t’ wait to make her little dreams come true.  Here is my daughters 7 year old birthday party. I hope it inspires your next party! 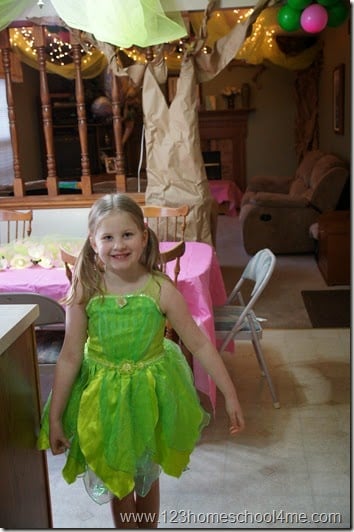 I decided to transform the party areas into Pixie Hollow. It really gave it such a magical, flowery feel! 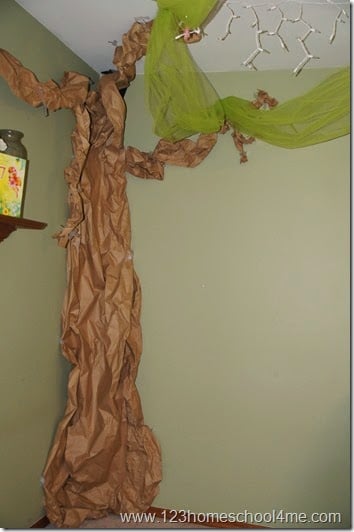 I used a roll of brown butcher paper to make two trees – one in the eat in kitchen and one in the corner of our family room. I crinkled the paper as I went & cut the top to make different branches; then I taped it onto the wall and ceiling. 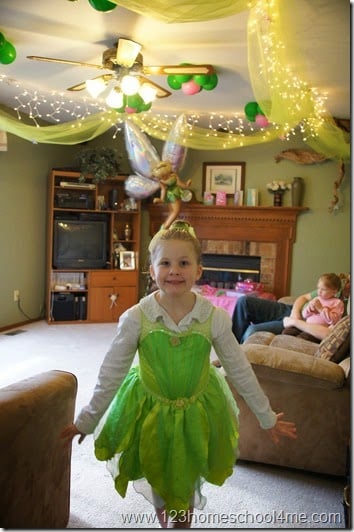 I draped green tulle from the ceiling coming out of the tree branches to make a tree canopy. Then I put white Christmas lights above the tulle to give it a sparkly fairy feel to the room.

Do you see our HUGE Tinkerbell Balloon in the background. It was the perfect accent! 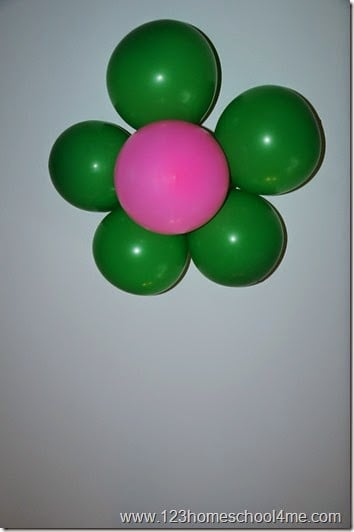 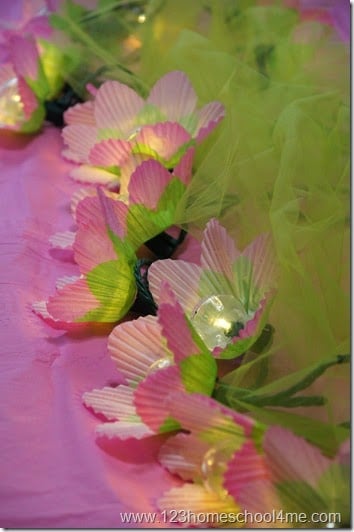 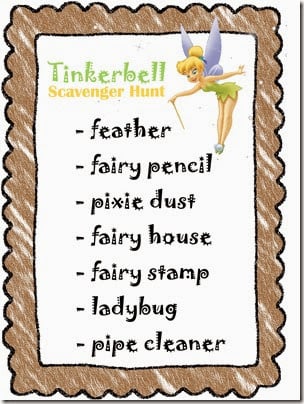 We started out with Tinkerbell “Lost Things” Scavenger Hunt. The kids all got a list of things they were looking for around our house and a cute Tinkerbell party bag to put them in. Oh, and they each had a pair of wings to find and keep (I got those at the dollar store!)

Using the ladybugs they found on their scavenger hunt, they played Silvermist Ladybug Training. The girls trained “raced” their bugs. These bugs did silly summersaults, spinned in circles, and more. They thought it was HILARIOUS! 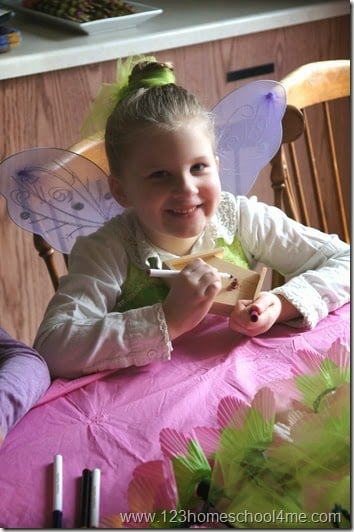 Next up, Rosetta’s Fairy House Makeover. Using washable markers the girls decorated their fairy houses. I got these bird houses on clearance at Joann Fabrics for $0.49 each!  I was amazed by the creativity and time these Preschool-3rd grade kids took in decorating them!

Finally, we played a version of Duck Duck Goose I called “Tink, Tink, Vidia”. Kids went around the circle and gently tapped people with a sparkling green wand and said Tink, Tink, Tink, and Vidia (the fast fairy) when they wanted to be chased. I was worried the 10 kids wouldn’t have much room in our family room, but it worked out okay.

At the end of the party I had the kids use the things they found on the scavenger hunt to tinker up an invention. It was spur of the moment to use up time, but the kids were so creative! 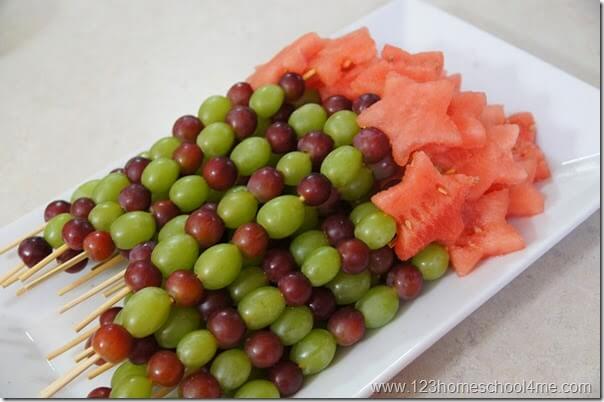 We decided that we were going to keep the food simple. It was not only cheaper and easier to prepare, but gave more party time for games. Other than cake, we made these fruit fairy wands. We used cookie cutters to make the stars and just piled all the fruit on kabob skewers. 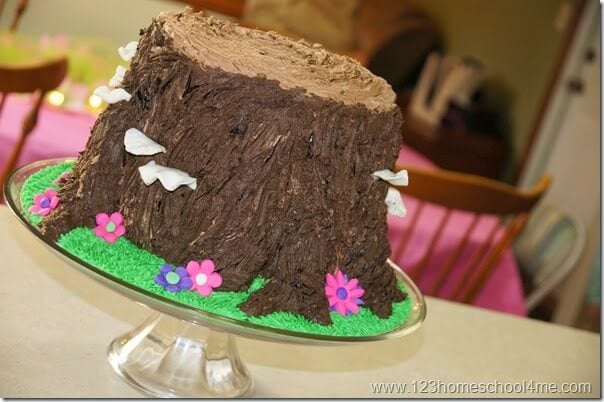 I decided to do something a little different for this years cake. e made a tree stump cake. It was 2 whole recipes of yellow cake baked in circular pans. As always, we used our favorite marshmallow fondant to make the roots and accents that jog out of the tree stump. We also used the fondant to make the mushrooms and flower.

The cake was iced with my buttercream frosting with cocoa for flavor and tinting. Then, we used tooth picks to make the look and texture of bark and then went back over it with a lighter and darker colored cocoa frosting to give it the extra depth. On top I made circular motions with the toothpicks to make the age rings and then once again used darker cocoa to accent some of the rings.

If I do say so myself, it came out super cute! We topped it with a special Tinkerbell figure. Perfect!