This is the forth and final part of my Gilgamesh hands on history unit for children of all ages. Today’s lesson is on The Last Quest of Gilgamesh – which is a fun way for kids to learn all about Ancient Mesopotamia in a very hands on enjoyable way. 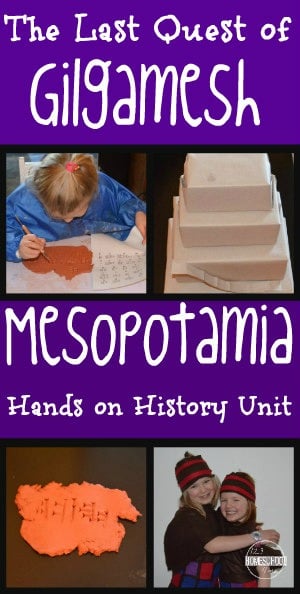 Last month we focused on the second book The Revenge of Ishtar. We made a Mesopotamian snack, read all about leisure time and games and recreated the Royal Game of Ur. We learned about Mesopotamian relief art and made our own raised relief.

This month your children will:

The Last Quest of Gilgamesh 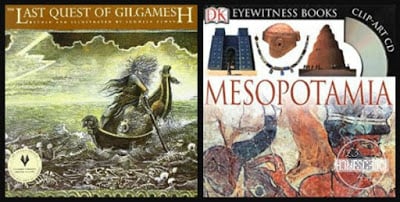 In this last book of the Gilgamesh trilogy, mighty king Gilgamesh attempts to navigate his way through the pitfalls of one final quest to find the secret of everlasting life. 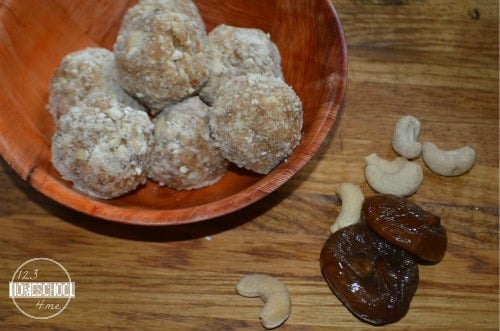 This week we will be making fruity snacks called mersu. Traditional mersu is made from pummeled dates and finely cut nuts. I put the children to work with a mortar and pestle. We used equal amounts of pistachio nuts and fresh dates, approximately half a cup of each. The children took it in turns to mush both the nuts and then some finely cut dates. These were rolled into balls and rolled in some nut powder:

I chose a few key passages for my daughter to copy, trying to ensure there were lots of new words for her to learn.

There is so much to discuss with this book. We chose: 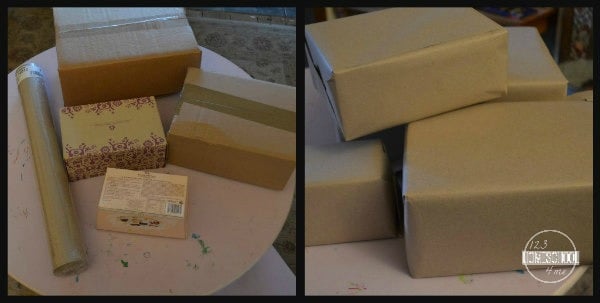 Temples in Mesopotamia were originally built on a raised flat platform. As time went by these temples grew in size until even the platform became stepped and so became an intrical part of the actual temple, adding to the perception of magnitude and stature. These stepped towers became known as ziggurats.

We read pages 24 and 25 from the Eyewitness book. I then asked the little ones to go through The Last Quest of Gilgamesh and point out any ziggurat pictures they could find (hint: first and last page). We collected all the boxes I had been keeping for just such a moment as this and began crafting our very own ziggurat. First we covered them in brown paper: 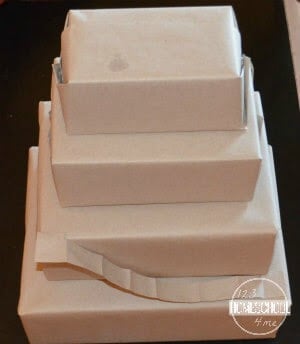 After which we added some steps and glued them together to create the shape of a ziggurat:

When I studied Mesopotamia with my older children, they made a very simple ziggurat using lego bricks 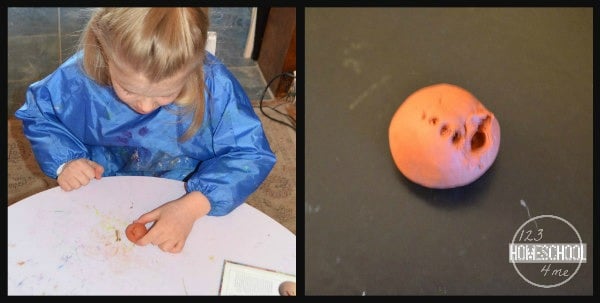 We read pages 12 to 13 of the Mesopotamia Eyewitness book and learnt all about what is thought to be one of the oldest forms of writing, Cuneiform. Cuneiform consists of wedge-shaped marks made in clay using a blunt stylus. The earliest forms of this ancient writing are thought to be found on small spherical clay tokens. These tokens had markings on them similar to cuneiform. To make some clay tablets, and tokens of your own you will need some clay, screws and a rolling pin. We made some of our own tokens by rolling the clay into a ball and copying the marks of the token photo in the book: 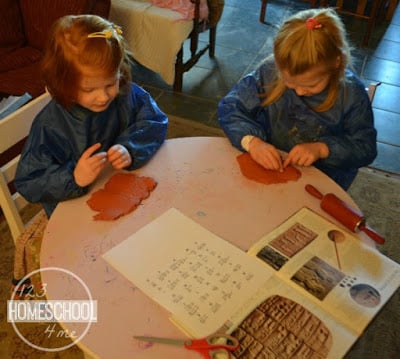 I photocopied a cuneiform alphabet from the web (there are many out there) and the girls created clay slabs with their names written on them in cuneiform: 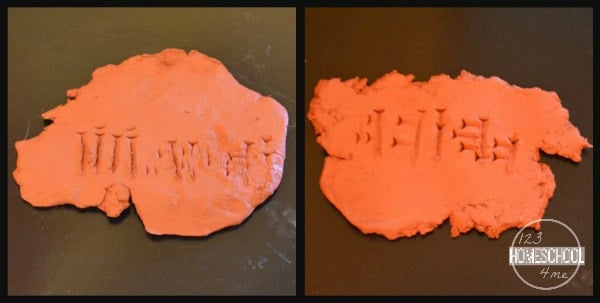 I then wrote out ‘I love you’ in cuneiform on my own clay slab and asked my seven year old to decipher it:

There are many extension activities which can be added to this part of the study. For example, my older children made cylinder seals and signatory seals during our foray into Mesopotamia a few years ago. 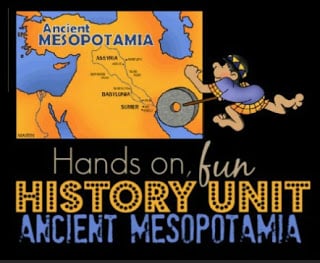 Looking for more fun, hands on history units for kids of all ages?