Nobody likes waiting in line. This is especially true for those of us who have to wait with impatient kiddos. Fortunately, Disney’s FastPass+ system removes the need to wait in some of the longer
queues. However, even with FastPasses, any trip to Disney World is likely to include some line-waiting. 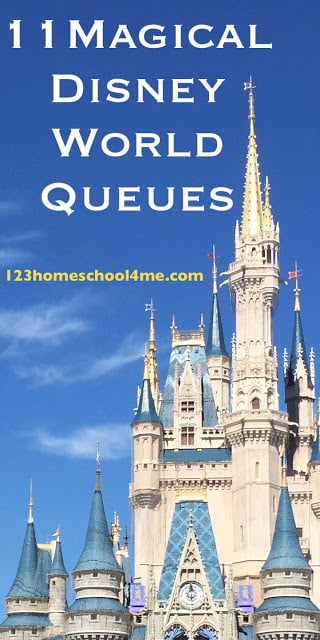 Disney Lines that are FUN to Wait In

Luckily for the more antsy among us, Disney does a pretty good job of entertaining people even while they happen to be doing mundane things such as waiting in line. This is especially apparent in the case of their many interactive queue experiences. That’s right: Waiting in line can actually be a fun, interactive experience that you and your family will enjoy.

Here are the rides that currently offer interactive queues in Walt Disney World:
Space Mountain: This classic Disney ride now includes short video games in the queue. This is perfect because the Space Mountain line can get pretty long, and despite the cool theming, it was a bit boring before the installation of these games. Now you can have a blast playing space-themed games before you hop on this interstellar journey. 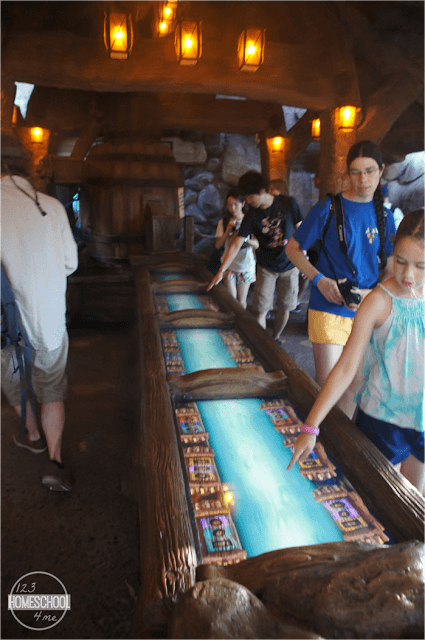 Seven Dwarfs Mine Train: Let me start by saying that this is an ideal candidate for FastPass. This relatively new roller coaster is very fun, but often has lines that are upward of 2 hours long. If you must ride, but weren’t able to snag a FastPass, you will be happy to learn that there are some pretty cool interactive elements waiting for you in the queue. These include a gem-sorting touchscreen game, colorful water play, and a few other nifty features.
Peter Pan’s Flight: Another ride that you will want a FastPass for, Peter Pan’s Flight has a long line continuously throughout the day. In fact, it’s rare to see a line shorter than an hour for this attraction. Fortunately for those who aren’t able to get a FastPass for Peter Pan’s Flight, Disney did finally update the queue, and it now includes fun shadow play as well as some fun little details.
Dumbo the Flying Elephant: Skip the FastPass for Dumbo and head to the standby line instead. After a short wait, you will be sent to an awesome circus-themed playground area where the kids can run around until it is your turn to ride. In my opinion, this is one of the best ideas Disney has ever had.
Under the Sea – Journey of the Little Mermaid: Ariel fans will love this ride, and everyone will love the queue. Find the little blue crab in the cave and point to items to tell him which ones you’d like sorted. You’ll be amazed at how he “sees” which one you’re pointing to every single time.
Haunted Mansion: No trip to Disney World is complete without a ride on the Haunted Mansion. Fortunately, even a longer line can be fun when waiting in this queue. Touch creepy stone instruments to hear them play, fight with haunted books as they try to jump off of shelves, and chat with ghosts. 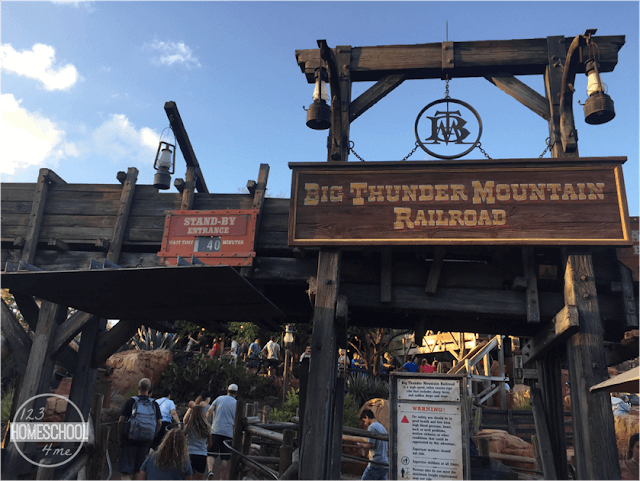 Big Thunder Mountain Railroad: This queue has some interactive elements that many kids don’t want to move away from. The adorable little animated canary birds are great fun to look at, and the ability to create explosions is a blast. My favorite part, however, are the comical animated scenes of the miners hard at work that can be viewed through a special
scope that goes straight down into the mine.

The Many Adventures of Winnie the Pooh: Winnie the Pooh is one of my son’s favorite attractions. However, it isn’t the ride he loves, it’s the queue. This queue is ideal for younger children and includes a variety of fun activities including finger-painting with “honey” on a screen, playing with pop-up gophers in Rabbit’s garden, and helping the honey bees fly along their
railing.
Soarin’ Around the World: Soarin’ is one of those rides you won’t want to miss, and the queue is almost as fun as the ride itself. Currently, the line features a fun, interactive “world facts” trivia game that is sure to capture the attention of everyone in your family. That’s right, you can learn some new facts while killing time in this line.
Test Track: While the majority of the Test Track line is pretty typical, there is a lab toward the end of the queue where riders are asked to design their own vehicles. This is great fun, and can even become a game as you try to make the most powerful or most efficient vehicle you can. During the ride, you will be taking your vehicle through a test ride and will receive scores on various attributes of your vehicle’s performance.
Turtle Talk With Crush: A really cool show that allows visitors to chat with the coolest sea turtle I know, Turtle Talk With Crush is a really neat display of technology and entertainment wrapped into one nice package. Best of all, the queue is not miserable. Instead of waiting in one line, visitors wait in a room filled with fish tanks to check out, as well as
screens that allow users to play a trivia game. 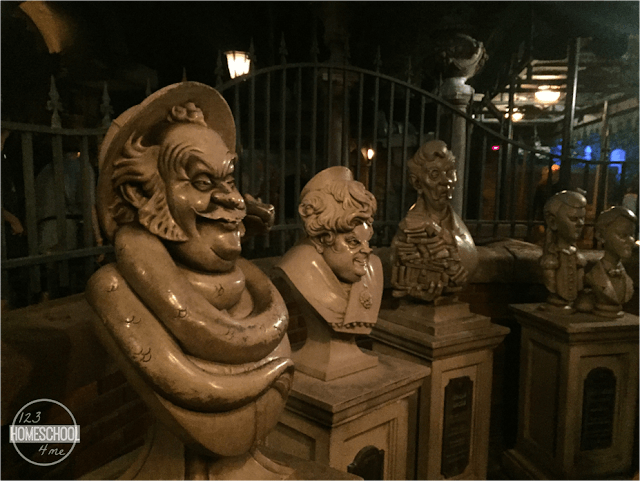 There you have it, folks! These are all of the interactive queues that you will find in Walt Disney World currently. That said, based on the popularity of these queues, I’m willing to bet more will be
added in the next few years. Keep an eye out, and let us know if you find more!