A child will naturally be interested in recognizing, and later writing, his/her name. You can make the process of name recognition interesting and fun with playdough imprints!  This is a great preschool name activity for Toddler, Preschool, Prek, and Kindergarten age children. 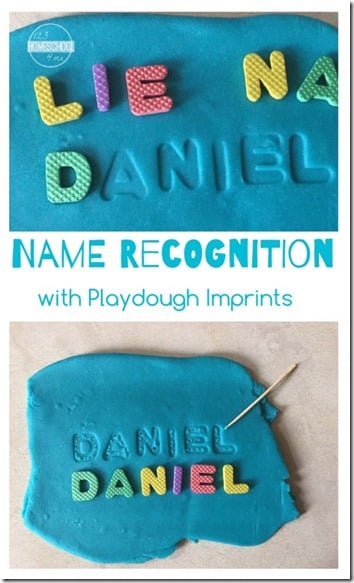 We used foam letters here, but one can use any type of letters like magnetic ones or stamps.

There is much controversy around exposing your young child to upper case or lower case letters first. As a former preschool teacher, I have seen that children recognize upper case letters quicker because they see it in the beginning of the names of their class mates and make the connection phonetically.

For example, my daughter(5) will see a letter K, and tell me that is a K for Kaleb (beginning sound, phonetically spoken).

Children will soon enough be exposed to upper and lower case, so if you are unsure, perhaps go with whatever case your child is interested in first and stay with that case until a later age to avoid confusion. 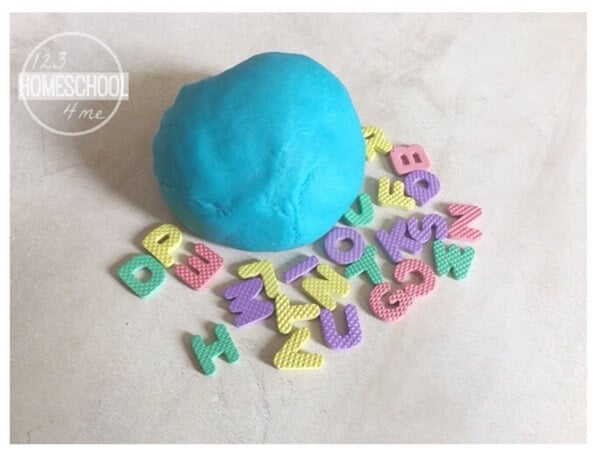 Now, for this activity you need playdough (we make our own microwave playdough) and letters of some sort: 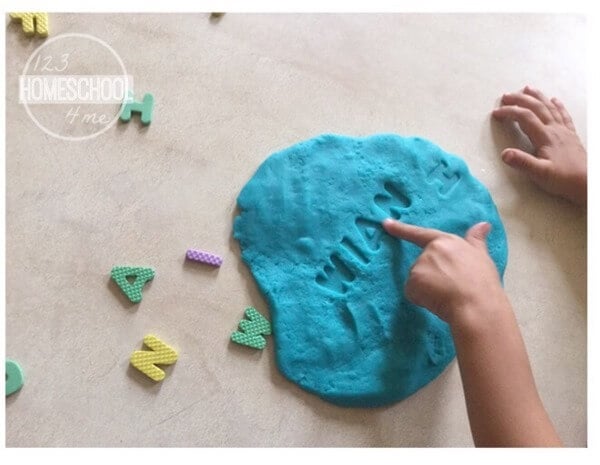 At first, I made the imprints of their names and let them trace it with their fingers. This is a great tactile experience too: feeling the grooves of the imprint while tracing it with your writing finger. 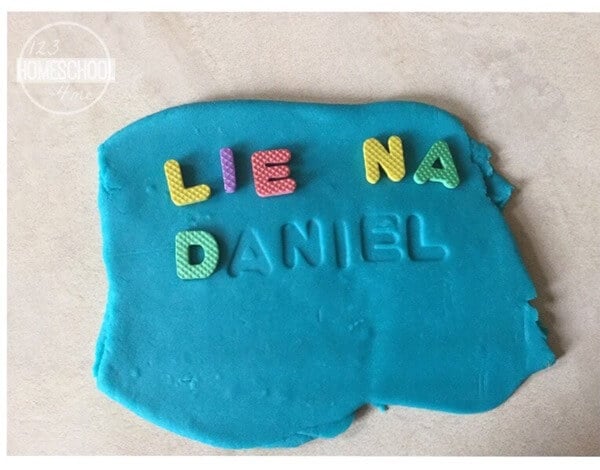 After that, they had to find the place for the letters, thus matching the letter imprint to the right foam letter. Leave the letters in the right order for younger kids, but mix up the letters for older children. This calls for visual discrimination skills. While doing this, one can stress each letter: sounding it out phonetically, so that the auditory and visual senses are making the connection. 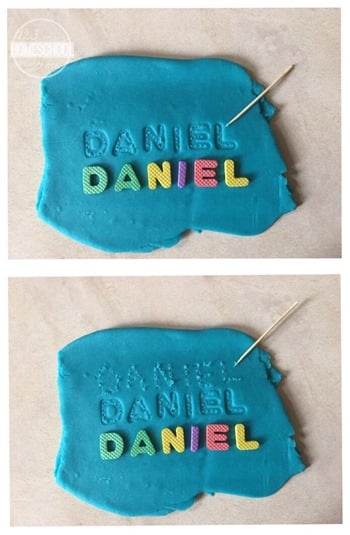 After this part, one could let them trace the name with a toothpick. Taking care where to start tracing, you could make a little hole first on the right spot as a starting point. After that, let them try and write their names with the toothpick by copying: 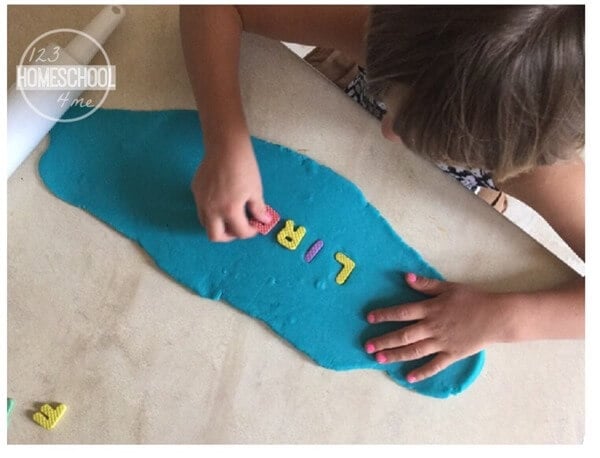 Lastly, let your child print their names by themselves using the playdough and letters. This is the perfect opportunity to bring the concept of letters-in-a-row-make-a-word to life and work on spatial orientation too! 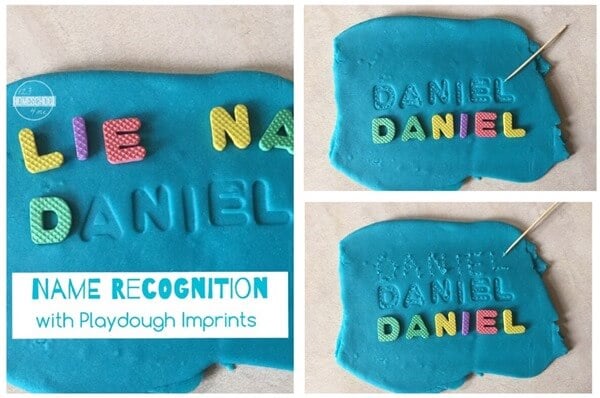