Help kids learn about the impact ice and salt have on temperature with this fun, easy science for kids. This Ice, Salt and Temperature Science for Kids is so simple to set up. 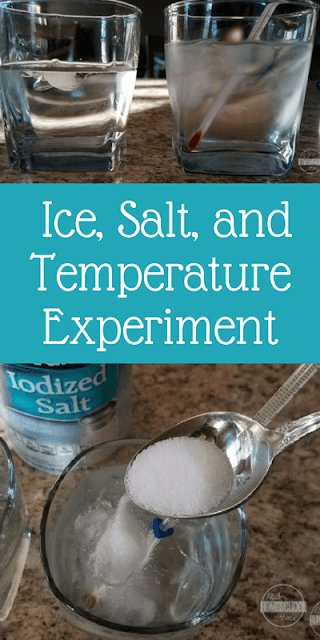 When we want to make our drinks colder or to keep them cool, we add ice. No one likes warm lemonade or soda, right? 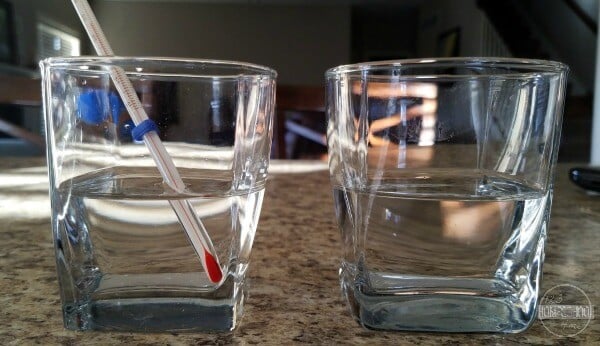 Let’s first see how the amount of ice affects the temperature of a drink. To make this experiment simple and easy to replicate, we will use water for our drink.

Pour 1/2 cup water into each of the drinking glasses. Record the temperature of each glass of water.

Add one or two ice cubes to one of the glasses and place enough ice cubes into the other glass that it almost fills the water with ice. Give each glass is stir and let them set for 5 minutes. 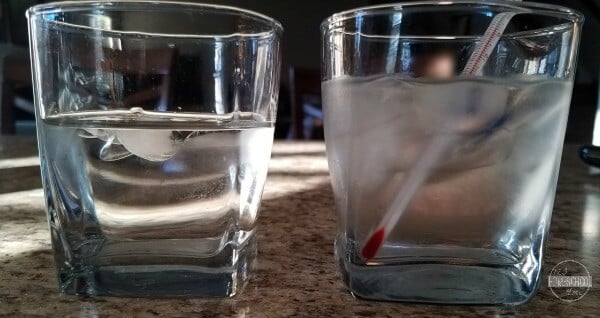 What Melts Ice the Fastest 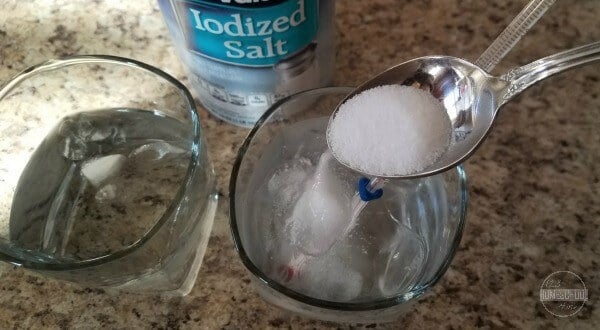 In this part of the experiment, you are going to use the glass with the most ice added. (The water in this glass is probably going to have the lower temperature, as well.) Add a tablespoon of salt to the water and stir. Next, record the temperature of the water. Did the addition of the salt have an immediate effect on the water temperature?

Check the temperature of the water every 2 minutes until it stays steady. 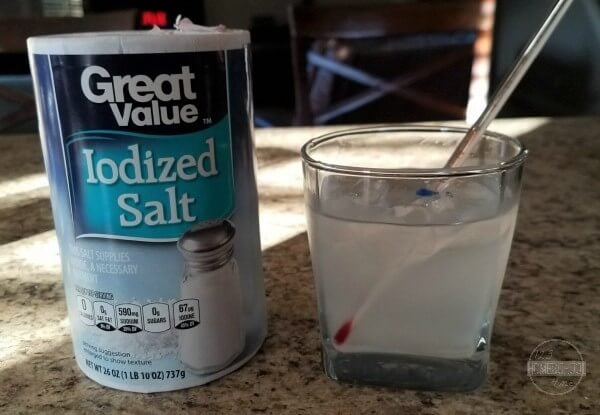 In part one of our experiment, we wanted to see if the amount of water added to a drink (water) determined how cold the drink could get. The final recorded temperatures of the two glasses should have shown that the temperature in the glass with more ice was lower than the glass with just one or two ice cubes. In fact, the ice in the glass with less added ice was probably melted by the end of the recording time.

When the ice melted, there was nothing left to make the water colder. In the glass with more ice, the presence of ice continued to drop the temperature.

In part two of our experiment, we wanted to see if we could make the drink get even colder without adding more ice. When the salt was added to the cold water, the temperature dropped even more. Why?