Add a little bit of Ancient Egypt into your homeschool room or kitchen table with this simple, but fun craft for kids.  It is a great way to make history come alive as your child makes his/her own Egyptian Mummy Craft for Kids. 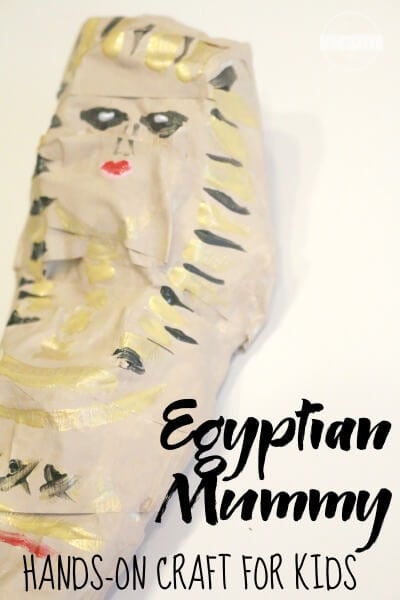 If you aren’t up on Ancient Egypt lingo {sheepishly raises hand}, Egyptians believed in life after death and when a person died, their bodies went through a process of mummification.

Every organ was taken out of the body except for the heart and the body would be then be wrapped in white linens.  In the tomb, ancient Egyptians were also buried with their belongings and tomb walls were painted with scenes from the person’s life.  The tomb in which they laid is called a sarcophagus– an above ground tomb that was usually adorned with inscriptions and designs.

Our homeschool studies this year will cover Ancient Egypt and this was a perfect way to start up our year-long study.  We began reading some books we gathered from the library:

Once my 4th grader and I looked through several books, we set out to make our own ancient Egyptian mummy! 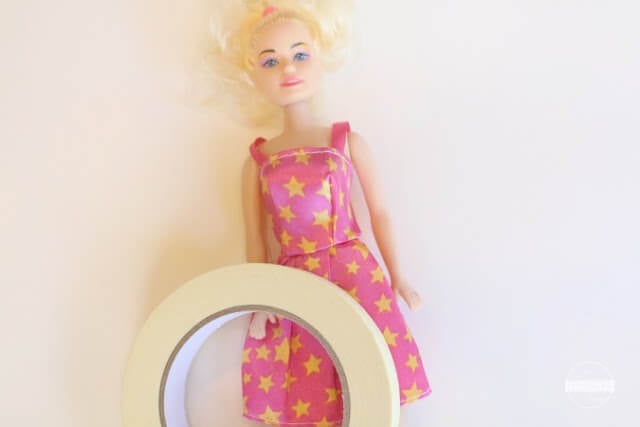 In ancient times, the mummification process took a couple of months.  However, with the help of masking tape, we were done in just a few minutes. 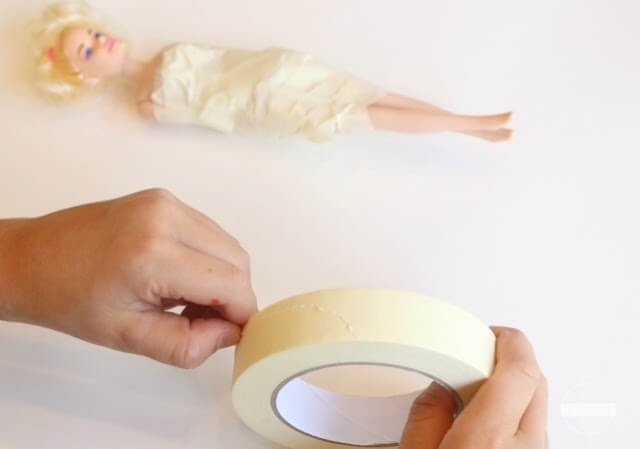 Wrap the barbie doll head to toe in masking tape.  To “beef” out the head, we scrunched up some masking tape, stuck it to the sides, and then proceeded to wrap more masking tape around the area.

Once the doll has been mummified, we decided to create our own sarcophagus right on top. 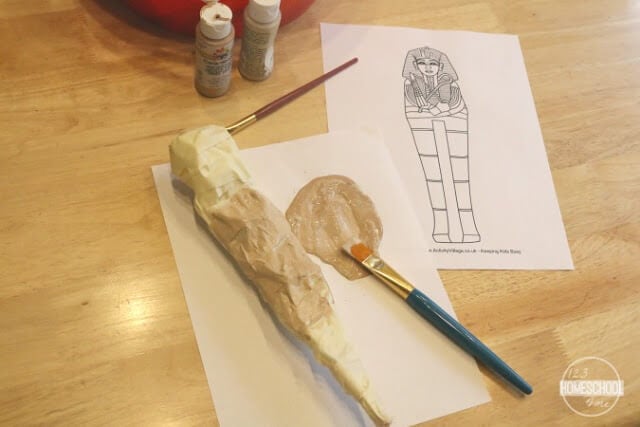 Gather several colors of paint and unleash your creativity as you create a beautiful headdress and other intricate designs on your mummy. 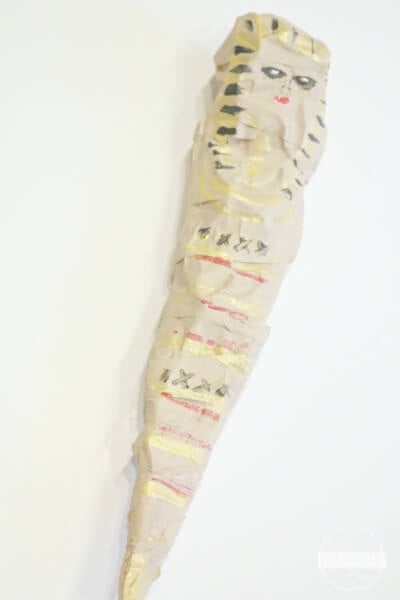 Now you have a beautiful reminder of an important ritual of the ancient Egyptians!